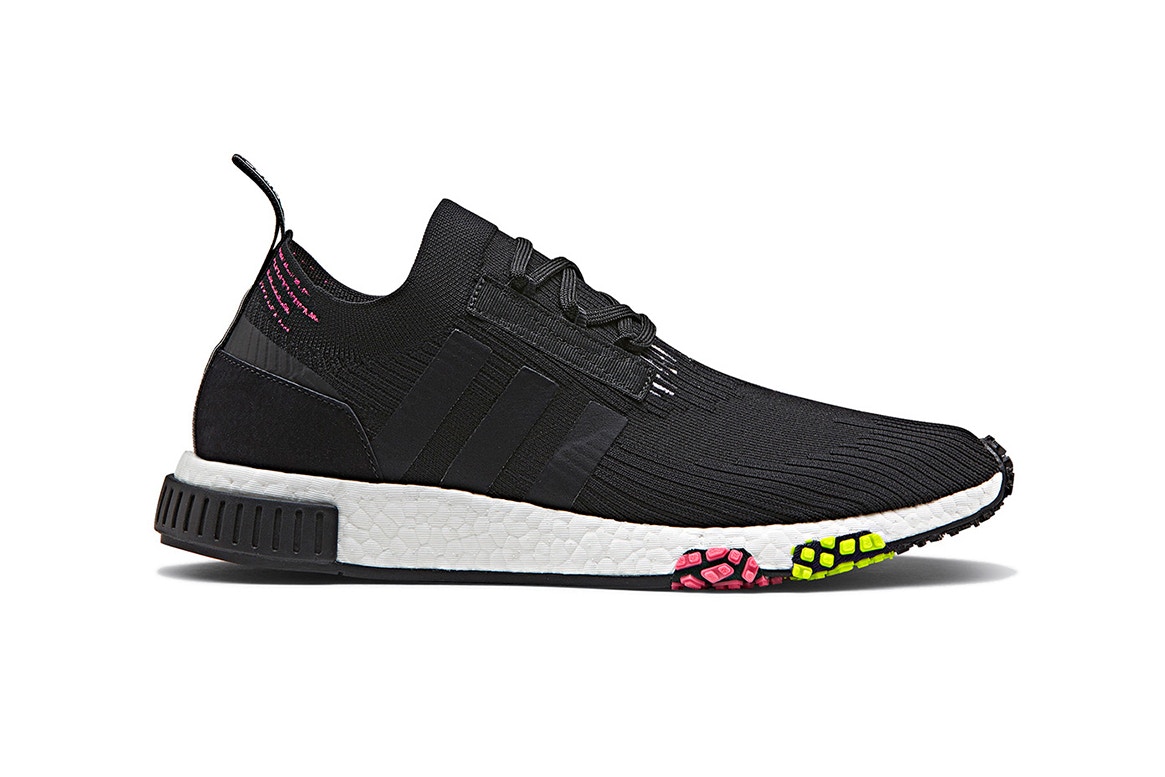 It seems adidas still doesn’t want to end 2017 with what it already has, recently, a brand new NMD version just launched with interesting highlights, comes with a completely new 3 color scheme of NMD R1 STLT.adidas NMD Racer wears familiar features of the line such as upper with Primeknit, BOOST cushioning with a few minor changes to the design, for example, the shoe form is smoother, the BOOST part is thinner. , heeltab appeared with the disappearance of the typical bumper in the midsole. The soleplate is now also reworked with spikes and the appearance of a distinctive color plate. Unfortunately, the same name “Racer” but adidas NMD Racer does not seem to be as attractive as its “not very direct” rival, Nike Flyknit Racer.

As for NMD R1 STLT, 3 color schemes are released including pink, gray / black and black / pink. All 4 products will be on sale on January 4th at a price of about $ 150 USD.