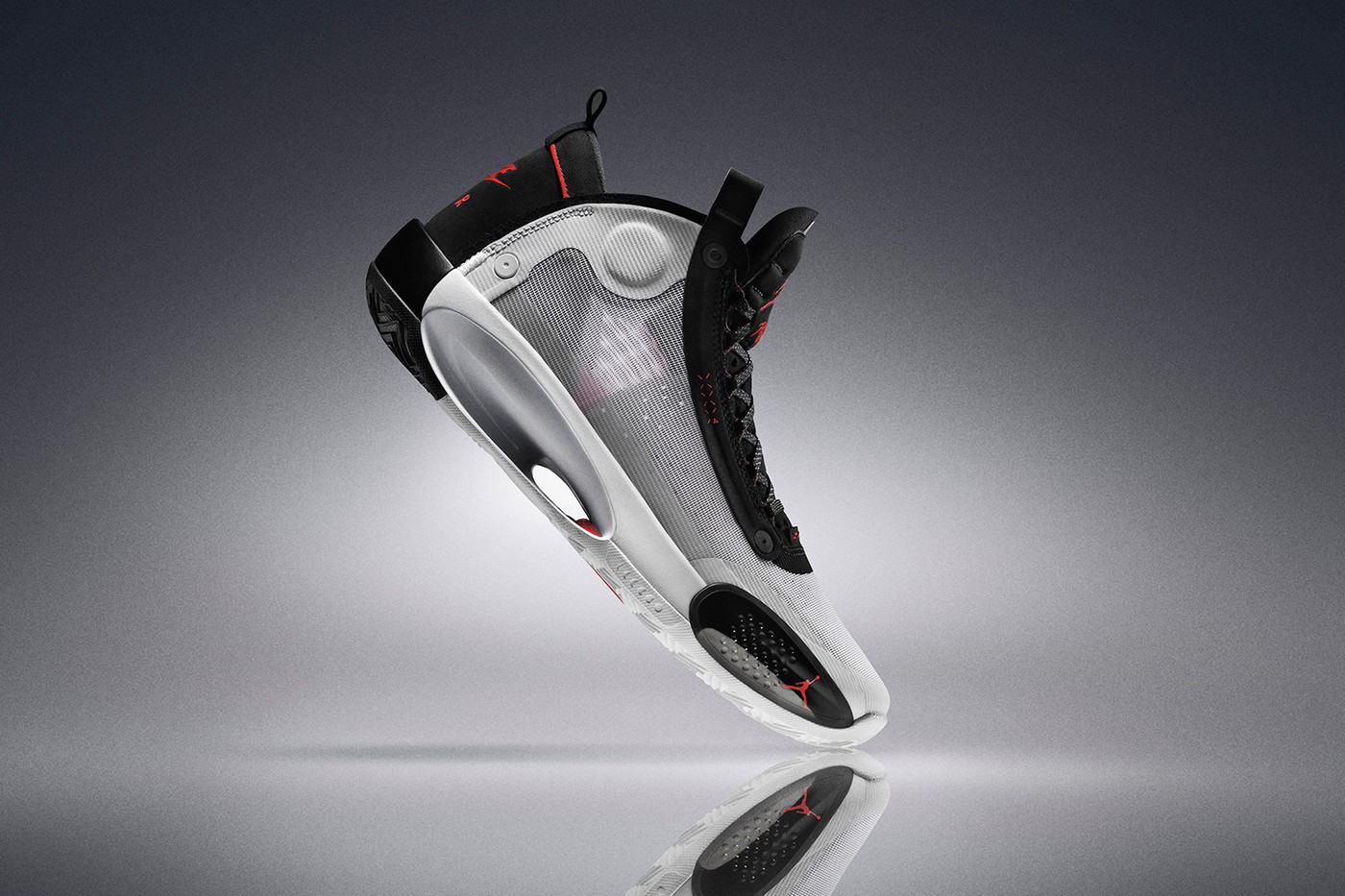 So the latest and most modern product (flagship) of the professional basketball shoe line from Jordan Brand house was officially revealed: Air Jordan 34 (XXXIV)

Air Jordan 34 (XXXIV) belongs to the numbered Air Jordan line, Jordan Brand’s flagship shoe model targeting the very vibrant basketball shoe market today. It is not difficult to realize that the shoes received a lot of attention from not only fans of the orange ball, but also of the sneakerhead community today, largely because of the great influence Jordan Brand has on the market. .

Unlike the Air Jordan 33, the Air Jordan 34 does not possess the most advanced lanyard technology in itself, but aims at a minimalist design, not in appearance, but in terms of the materials and weight used. By eliminating all the “redundant” details on the shoe body, the design team was able to present a product that weighs only 13.1 ounces, or 372 grams, the lightest of the sleek shoe line. basket from past to present.

In addition, the Air Jordan 34’s buffer will feature the Jordan Eclipse disc (based on the Flight Plate technology available from Air Jordan 26) with a space in the midsole for good stability and motion stability. Best; Comes with 2 Zoom Air pads under heel and nose for maximum elasticity.

Air Jordan 34 will be on shelves on September 25 with a price of $ 180 USD (about Nike Vietnam about 5 million 400 thousand) and released on the official website of the company as well as select retail systems.