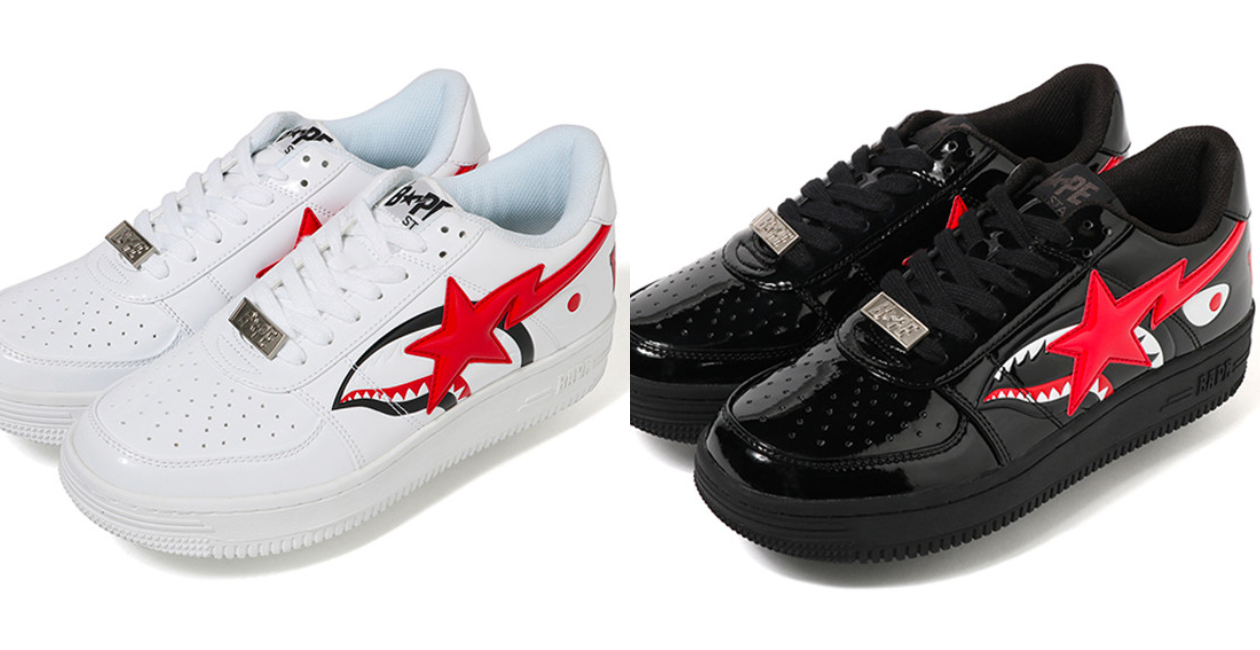 BAPE launches BAPESTA – The sneakers cause storms because of their appearance

BAPE with the familiar “Shark Jaw” motif will reappear on the BAPESTA pair this season. Certainly sneakerheads or streetstyle lovers are no stranger to the influence of BAPE products. However, everyone knows BAPE for its patterned clothes. Few people know that BAPE also produces its own sneakers. And earlier this year, the sneakerheads world was talked about because of the first image of this brand’s sneakers.

Just a look, you will “O-eyes mouth letter A” with the look of this BAPESTA version right away because the appearance looks like Nike Air Force 1 Low. The legendary shoe from Nike that anyone who has just learned about sneakers knows. However, the “accidental” similarity between brands in the fashion world is not small. Therefore, despite the similar appearance, the shoe community does not have many conflicting opinions about BAPESTA.

BAPESTA is impressed with a shark face – Shark Face is located on the side of the shoe. Located above Shark Face is BAPESTA’s own logo with a dark red star with a bolt of lightning extending at the tail. This star extends and wraps around the heel of the shoe, making the black background of the upper more colorful. In addition to the brilliant details in the upper, you can find the trademark markings on the reed and lacelocks with large bold bold BAPESTA lettering. Shark BAPESTA is expected to release at the end of January 2019. You can buy this product at BAPE stores or on website with the price around 190 USD

Source: BAPE launches BAPESTA – The sneakers cause storms because of their appearance
– Eachshoes.com