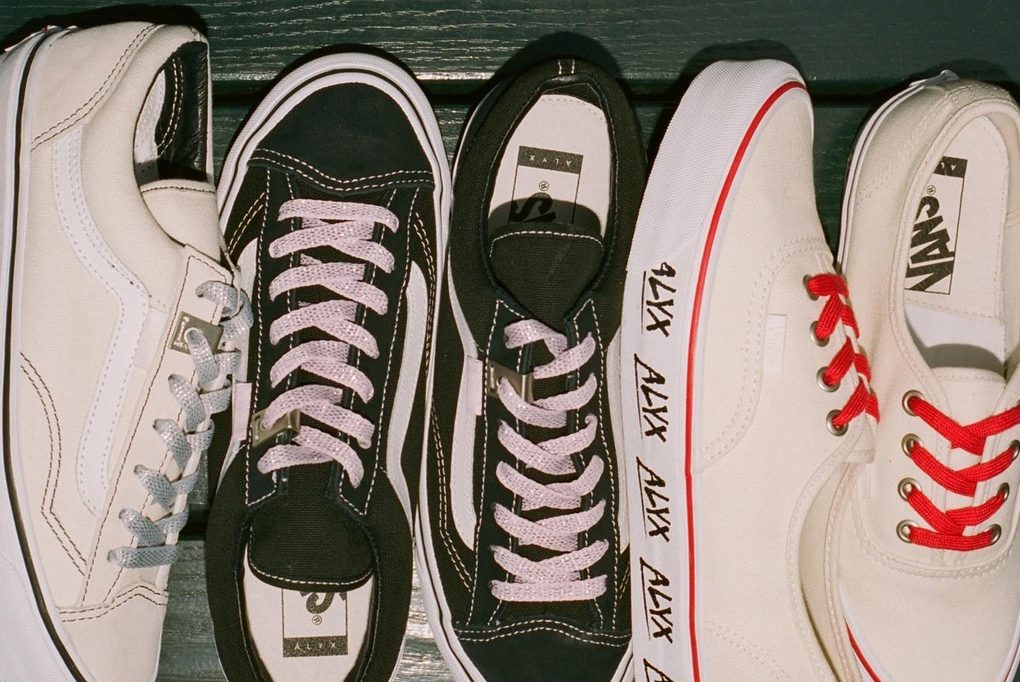 2017 is already half way through, but Vans is continuously releasing high quality collabs with other big names like Supreme, UNDERCOVER, … I wonder what the other half of the year is for Vans. So everyone, please join forces with EACHSHOES to take note of the 10 most valuable Vans collabs in the post below:

With the desire to revive and blow a new breath into the shoe model was launched in 1994, Vans has joined hands with streetwear Fucking Awesome to launch 3 color schemes for Vans Epoch’94. The shoes have been upgraded with a premium leather upper that is extremely smooth, along with imprinted details of the brand and transparent sole. This version has been released in 3 color schemes: white, black and blue.

Recently, the children’s fashion brand Mini: licious and Vans and Jason Markk launched an extremely cute release. This release includes a Vans Sk8-Hi Zip version, a Vans slip-on, a box of Jason Markk products and a backpack from Mini: licious. While the slip-on version is based on a powerful camo-inspired version, the Sk8-Hi Zip is decorated with images of extremely cute baby bears. This is a set of products that are very suitable for individual families.

Supreme turned to his longtime partner Vans to release a spring 2017 collection inspired by cheetahs. Launched in four colors: black, pink, yellow and blue, the Sk8-Mid Pro is covered with suede material in the upper part along with leopard prints on the two sides of the rear half of the shoe body. create a highlight, ending with the word Supreme on the heels.

True to the name this time, the collaboration version seems to be the n + 1 coming from Open Ceremony and Vans has a very eye-catching sparkle. This time, the Vans Old Skool LX is the centerpiece when the whole body is covered with a layer of glitter along with 3 shades of black, pink and blue. Perfect if you want an out-of-the-box look.

With the desire to bring the essence of the skatewear culture to shoes, Alyx and Vans have launched a beautiful set of skates. Featuring a simple design and color scheme, the shoe’s accent comes from the midsole section with Alyx text placed around it. If you are an old school skater, then this is the shoe for you.

Military-inspired, DEFCON teamed up with Vans to upgrade the Sk8-Hi Notchback Pro shoe with a completely water-resistant upper with Dri-Lex moisture management insole and Ultracush HD footbeds. Additionally, each color scheme has a different custom icon placed in the heeltab.

At the end of May, Vans launched a super product with ASSC that made the shoe heads fidgety. The collection includes two models of shoes, Authentic and Sk8-Hi. The same shape as the previous versions, but this time, both shoes are attached with pink straps with the words “EXPECT THE UNEXPECTED” and the sole is pink with the words “GET WEIRD” floating. ASSC’s voice contrasts with the white and black upper from the two shoes.

Shoe shop Blends has joined hands with Vans and the father of the famous cartoon Peanuts to launch a quite special product, Sk8-Hi Reissue Zip. The shoes use black tumbled leather for the upper with a zip at the back to increase the luxury. In addition, the familiar logo is transformed into a bone pattern “Bone-Jazz Stripe” with Snoopy character lying on top with Woodstock character floating on the hip of the shoe.

The 2nd collab of 2017 between Supreme and Vans has just been released over the past few days with the Vans Slip On shoe as the lead. The canvas upper of this version is decorated with oval motifs with the number “666” on it. This collab has 2 models for you to choose from: a slick or a famous checkboard motif.

Source: Top 10 Vans collabs for the first half of 2017
– Eachshoes.com