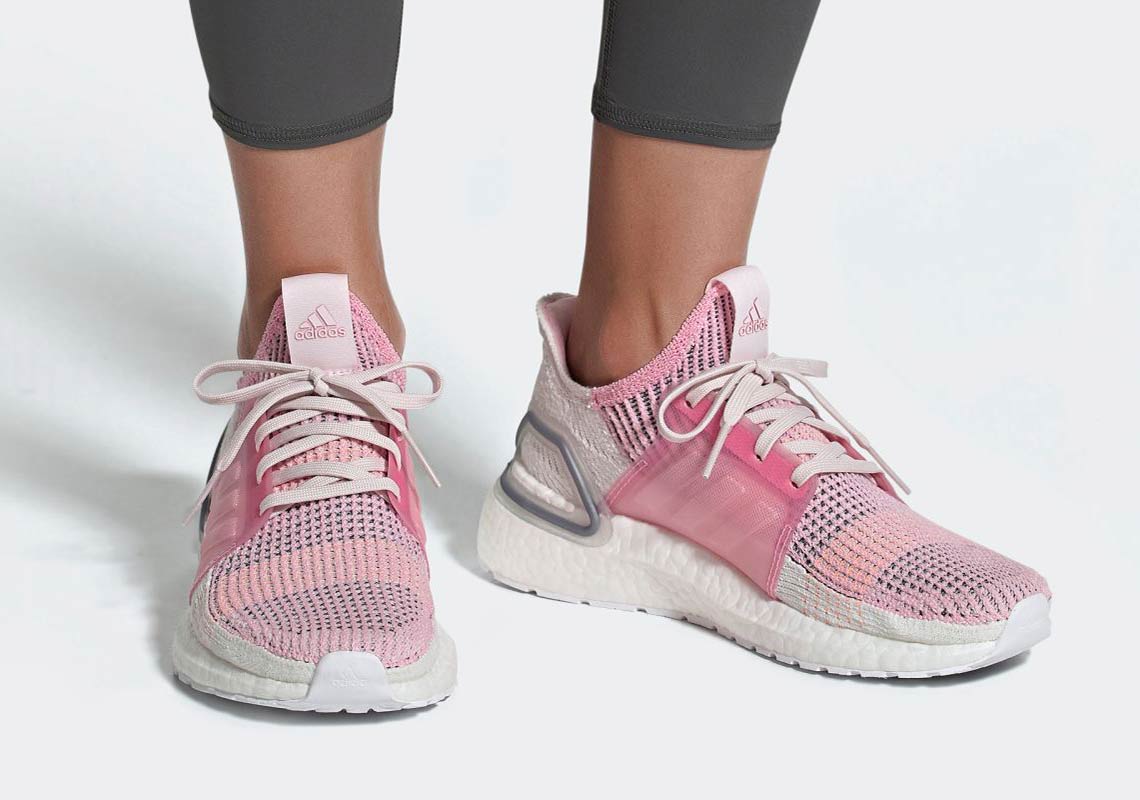 In just a few months, UltraBoost 2019 version is expected by many sneakerheads to be officially launched. Not only the black-gray color scheme mentioned in previous articles by EACHSHOES. Recently, adidas launched a Pink / White version that is extremely sweet and feminine. It can be said, although it has launched to the fifth generation – the 2019 UltraBoost pair, but the attraction of this version for sneakerheads in particular, and consumers in general has never cooled down. Now let’s take a closer look at the latest version of the adidas UltraBoost 2019.

UltraBoost’s latest color scheme is exclusively for women with a pink and white alternation quite attractive. In addition to the different colors, other details are still the same as the leaked versions in the past time. The heel is surrounded by a plastic frame that embraces and supports the heel well. Upper with signature fabric Primeknit 360 full-piece design helps your feet stretch and rotate in multi-dimensional better. In addition, the upper is also quite picky when using white on the heel and lower half, while pale pink appears on the toebox, shoe collar and reed.

The middle part of the place with the familiar Three Stripes logo is “protected” by a layer of translucent pink plastic. The detail that helps to fix the body between the legs that any UltraBoost hill is indispensable. Except for the uncage version of Uncage! The sole is still divided into 2, including the super thick white middle sole and the gray outsole, creating a solid stride with UltraBoost. In addition, the cushions provide comfort for your feet for all-day use. If you want to enter the new era of runners, get an Ultra Boosts this January 4th for around $ 180.

See more:  ACRONYM - Where Fashion and Technology is One