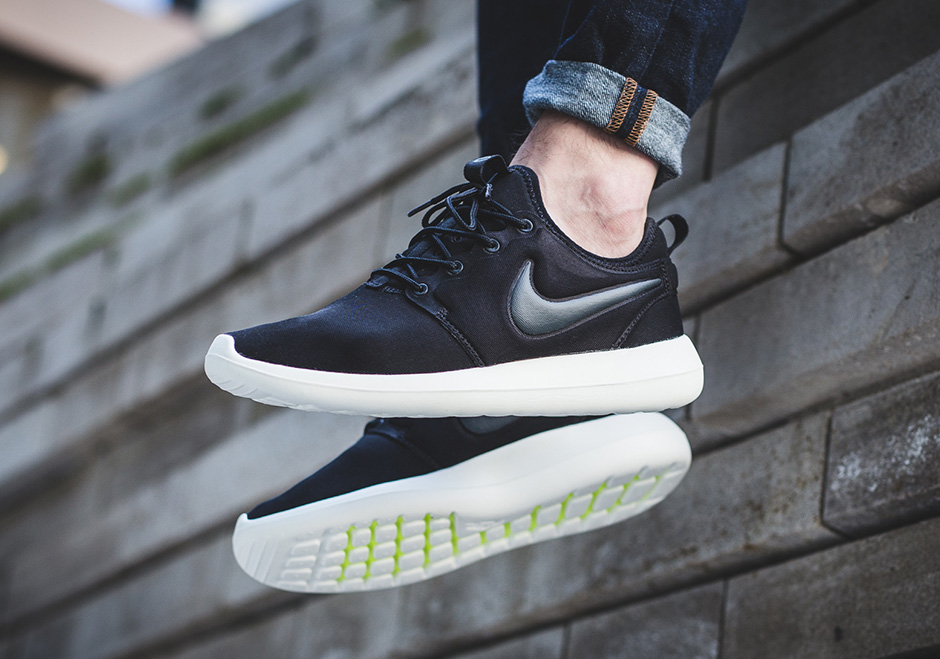 Nike Roshe 2 just revealed contains many changes both in appearance and materials. Let’s EACHSHOES Explore the new features of this lifestyle design.

Compared to its predecessor, the original Roshe, the second version uses neoprene fabric with better elasticity than mesh and for a youthful, sporty shoe form. At the same time, Nike also introduced the Flyknit version for the Roshe 2.

In terms of design, the reed on Roshe 2 is connected to the shoe body, forming a stronger, more harmonious array than the loose reed. Nike also added a series of small holes along the reed to allow air to circulate easily, because air tightness is a major drawback of neoprene material. In contrast, the Flyknit version demonstrates good air permeability due to the more special material.

On the first Roshe version, the outsole surface became ‘smooth’ quite quickly when used a lot, causing slippery and lack of certainty to wear. But in Roshe 2, this problem has been significantly improved by adding grooves deep into the base.

With the change in the base, Roshe 2 will be much lighter and more flexible. Will even retain grip and stability for a long time.

Although the appearance changes quite drastically, but Roshe 2 still puts simplicity and sophistication first. No need for aggressive advertising campaigns or using Nike’s latest technology.

During its debut in early September, Roshe 2 still owns three color schemes inspired by the OG design ‘Gym Red’, ‘Black / Sail’ and ‘Iguana’. Along with that is a series of new color schemes such as ‘Hyper Turquoise’, ‘Midnight Navy’ for men, ‘Atomic Pink’, ‘Olive’ for women …