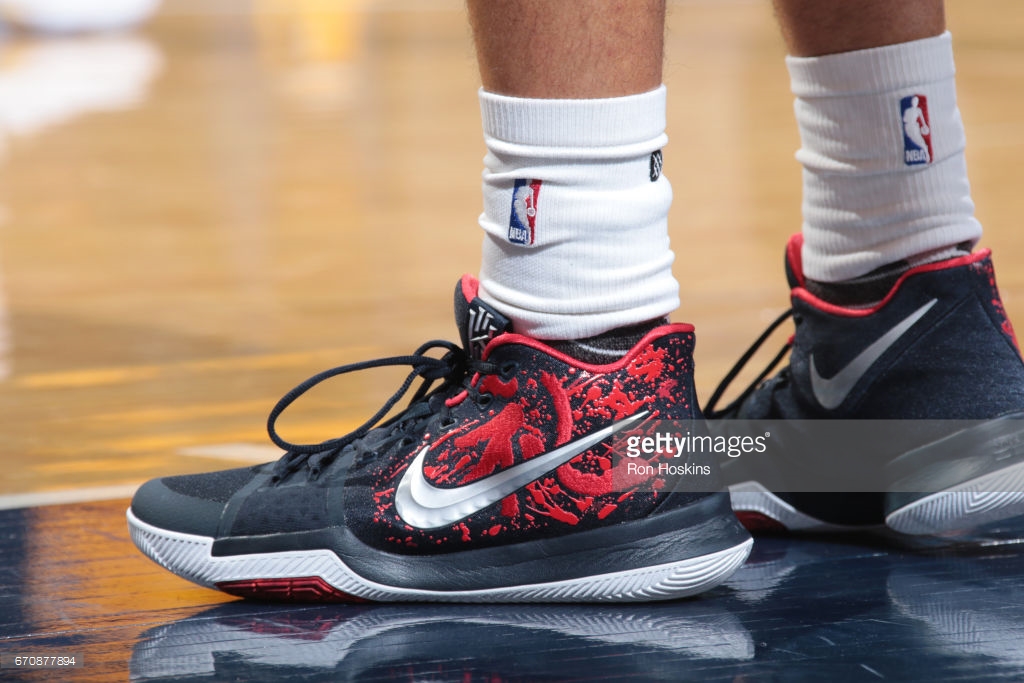 The 3rd match in the series between Cleveland Cavaliers and Indiana Pacers ended with a result of 119-114 for the 2016 NBA champion. after losing 25 points after 2 matches. Here are the shoes worn at this thrilling match:

JR Smith started the game and scored 13 points within 33 minutes with a score of 50%. Lebron James is also extremely efficient with 50% for both free and regular throws.

Irving got off to a bad start from Game 2’s 37 points. He missed 9 of 12 to start the game and was pulled on the bench as the Cavaliers were 19 points behind in the third half. The whole game he only had 13 points with 4 out of 17 FG, lost to Jeff Teague with 15 points.

Kevin Love is not “inferior” to what Kyrie with 13 points in 26 minutes of play. Both he and Kyrie were given under 30 minutes by coach Tyronn Lue in this match.

The bearer of Paul Geogre team has a not bad record with 36 points, 15 rebounds and 9 assists. However, his throw rate was just above 33% but was pulled back by 11 successful free throws (100%).

Monta Ellis in a save by Lebron James in the Jordan XXXI double.

Kevin Seraphin and Channing Frye in a dispute. Both wore the signature shoes of their team players, Kyrie 3 and PG 1.

What the stars go VBA Preseason 2016