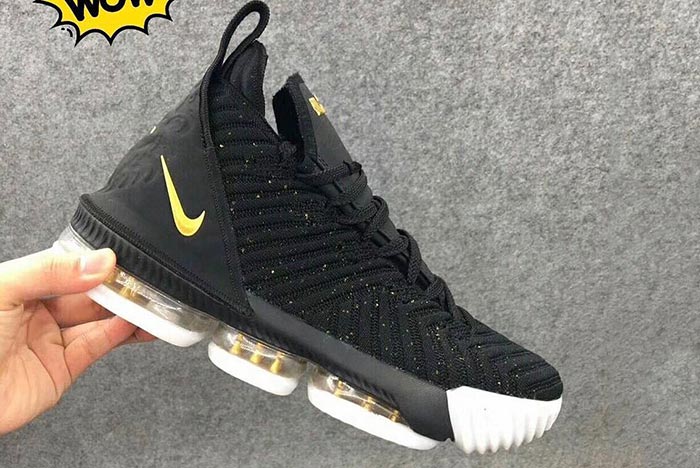 Following the official information that Lebron James signed a contract to join the Los Angeles Lakers in early July, the image of the signature Nike Lebron 16 version was also leaked.

Thus, the house that Lebron James will play next season has arranged, all attention is focused on the shoes on the King’s feet. And it looks like the answer has been revealed. Instagram account sneakerhighway23 has just decided to “tease” the sample version that is rumored to be the shoe line Lebron 16 – The next character of the signature Nike Lebron line.

The most distinctive detail from the Lebron 15 version is the more classic reed, the small Swoosh logo on the heel and the return of the lion head pattern. According to the caption of the photo, the shoe’s sole wears two of Nike’s most advanced technologies today: Nike React and Zoom Max. This will definitely be a notable and well-received upgrade.