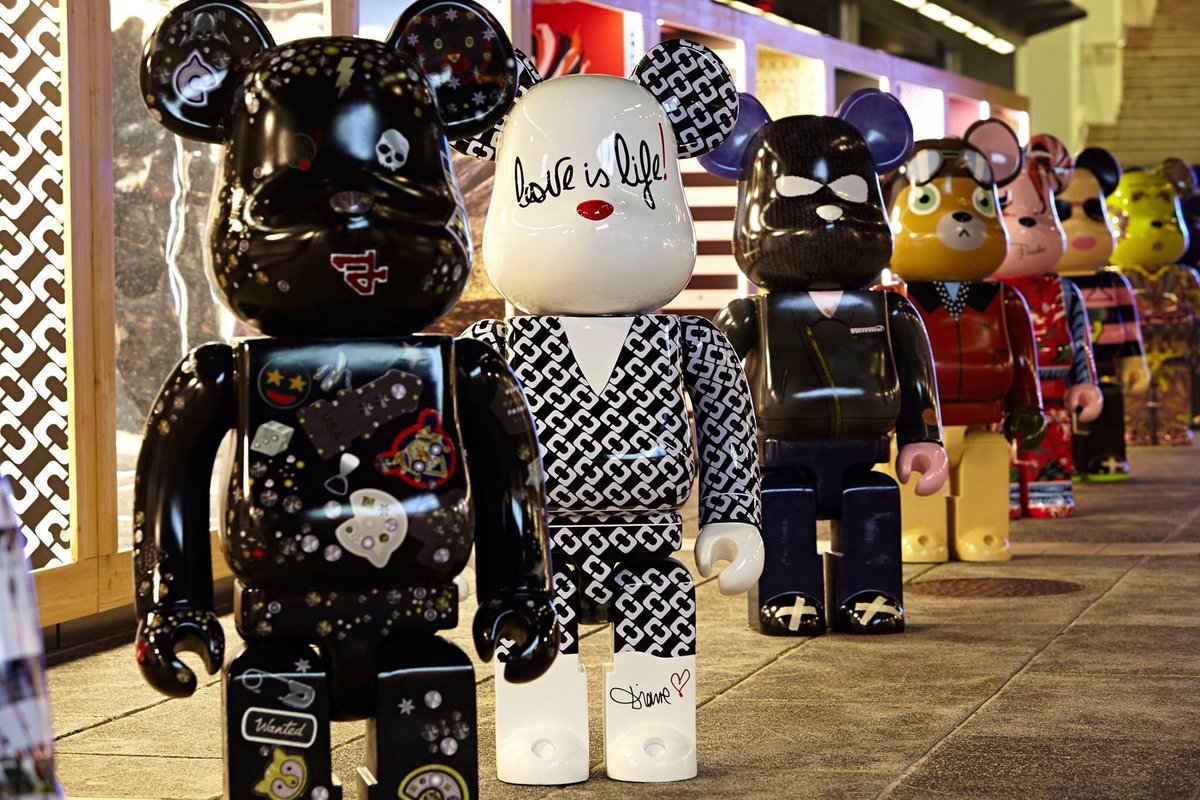 Learn about Bearbrick (P1) with a “big belly” bear model

Let’s find out: Learn about Bearbrick (P1) with a “big belly” bear model

Bearbrick What is (often stylized as Be @ rbrick), one of the most hype model toys ever and indulged by Pharrell Williams, and what is the history? Let’s find out with EACHSHOES.

Bearbrick is a toy produced by the Japanese company MediCom Toy (according to the site HypebeastThis limited collection toy company was established in 1996). The first one was born on May 27, 2001, the design of the Bearbrick is extremely simple and cute with a minimal bear head on the body resembling a Lego character. Each toy bear will include 9 parts: head, body, hips, 2 arms, 2 hands and 2 legs. Bearbrick’s concept and design is based on another developmental branch of Medicom Toy – the Kubrick – to honor the name considered the greatest film director of all time – Mr. Stanley Kubrick.

Interestingly, this toy was originally made as a gift to the guests at the World Character Convention 12 conference in Tokyo, Japan. Thanks to the love and promotion of world famous stars such as Pharrell Williams, this model toy bearing the image of a “big belly” bear has become a symbol in the toy collectors world and is produced. with a lot of versions with different designs, themes, characters, sizes and materials (collab with BAPE, BAIT, Readymade… and made of wood, synthetic resin, glow resin, metal…).

It is not an exaggeration to say that the Bearbrick has become a highly collectable toy because of its rarity, premium quality and uniqueness. During their 17-year existence, they have become a classic, iconic, iconic character and an important part of young lifestyles and modern culture that emphasizes style, art and fashion. . It is the diverse and easy-to-edit character that makes the Bearbrick not only a toy for children but also is collected and coveted by many adults. Young people also witness many special and super limited editions designed by famous artists, sometimes only 1 will be produced and released.

On the resell market, the toy bear’s total trading value is in the hundreds of thousands of dollars (the most expensive one ever is rumored to be up to 200,000 dollars). Most recently, the release of READYMADE x BAPE caused fever with 1000% BEARBRICK over $ 2,700. For that reason, it is undeniable that the young people’s hobby of playing and collecting Bearbrick, as well as collecting other cultural items, needs to be explored, respected and developed.

The first Bearbrick born was 70mm tall and has been the standard size ever since, set at 100%. All later sizes are also based on this 100% norm. Usually these toy bears will range in size from 50% to 1000%. However, there are exceptions, and these will be under “OTHER”.