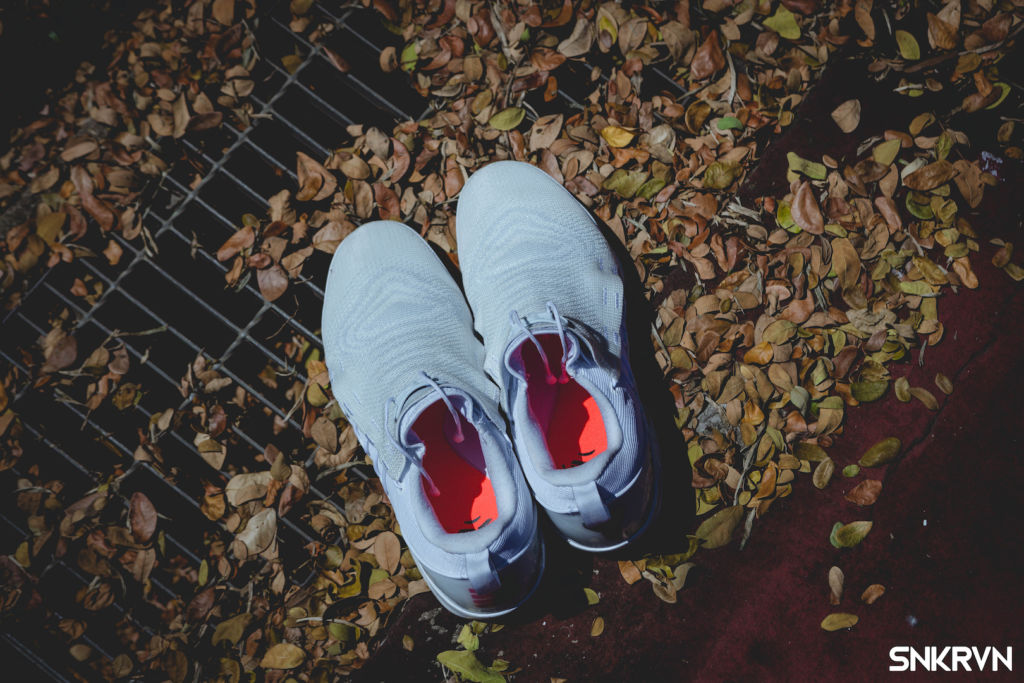 What does Kobe ad NXT stand for?

When Kobe AD was launched and promoted as the first signature version of “Black Mamba” after retiring, the shoes really brought a lot of expectations from fans, especially those of Kobe Bryant. However, the Nike Kobe AD hasn’t met those expectations, and it’s obvious the attention is on the next generation – the Nike Kobe AD NXT. At the leak of the first images, the version received a lot of attention from the community for its novel design. Unfortunately, after its launch, Kobe AD NXT faced mixed opinions due to its high price and lack of a breakthrough in technology. So should you get this sneaker, and is the Nike Kobe AD NXT a good performance basketball shoe? Let EACHSHOES answer these questions.

First, I have to confirm that Kobe AD NXT has nothing to do with the previous IX, X EXT versions. EXT is Extension, a lifestyle version of the Kobe series. NXT (perhaps short for NEXT) is a completely new word in the Nike Kobe family. The naming also makes many people (including the writer) understand that this is also a casual shoe. Only when holding my hand do I realize that this is completely a pair of shoes designed for real athletes.

“Not just for casual”

No longer wearing the Kobe AD shoe form, the NXT version almost reuses the Kobe XI and XI Elite frame with separate Lunarlon buffers. Main body material is mesh fabric, foam and a layer of Flyknit at the top. Connecting the two components is the Flywire system that runs around the sides of the shoe, completely replacing the traditional strapping style.

The shoe body is a combination of Flyknit and a plastic mesh (familiar material on Hyperdunk 2016), this creates a sturdy material that does not limit your movements. To put it simply, it’s pretty soft on the inside and hard on the outside. This is a small plus point compared to Kobe XI Elite (the upper of Kobe XI is made entirely of Flyknit and plastic).

Unlike Kobe XI, AD NXT is equipped with a sturdy heel clip (heel protector) instead of inside (photo). Next is the cleat set similar to the Kobe AD but using only one type of cleats. This is also a good sign because the snake skin texture on the heels of the Kobe AD is not really clingy.

What do Kobe ads weigh?

The weight of a Kobe AD NXT at size 45 is 410 grams, 30 percent more than the old Kobe models (VI to IX) and a little heavier than the Kobe XI Elite or Kobe AD.

Are Kobe ad true to size?

The sole of the shoe does not present a hindrance to the foot like the Crazylight Boost 2016 Primeknit or the Nike KD 9 thanks to the elastic and elastic tongue. Kobe AD NXT fit is quite right, but you should buy a size larger than 0.5 size to feel the most comfortable because the nose is quite tight.

How do I loosen my Kobe NXT ad?

The process of entering and tightening is extremely simple once you understand how to:

1. Hold the body, cord and pull out the latch.

2. Lift the cover from the sides to release the cord.

3. One hand holding the reed, one hand on the belt behind the heel to put the foot in.

4. Hold the end of the zipper while pressing the latch down until a satisfactory tightening is achieved.

Secondary step: Seal the string over the elastic at the heel or tie it up to prevent entanglement.

Once the “gun is on the barrel” there is almost nothing to worry about, the cabling system and the cover work just as well as traditional lacing. Heel slipping is unlikely, but the rather stiff Flyknit layer can cause your toes to be slightly squashed. After about 2 times, this feeling will decrease depending on your leg.

How do Kobe ad NXT fit?

The Lunarlon cushioning and heel Zoom are very comfortable to travel, you can even replace Kobe XI, XI Elite or Mentality, Mamba Instinct liners if you like. Like Kobe XI Elite, the Lunarlon cushioning has an extra fabric layer to help prevent slip when sweating. Compared to old shoes, there was no sound of friction between the lining and the body.

By taking all the goodness of Kobe AD, AD NXT doesn’t have any minus points in terms of grip. The small tabs on the dustproof base are great and help you brake extremely quickly under all conditions. Nike also enhances the sole on the inner edge of each shoe giving you more support every time you change direction.

While Kobe XI Elite has a problem with a dusty pitch, with Kobe AD NXT this problem has been completely resolved. The grip of the Kobe AD NXT has surpassed most of today’s typical basketball shoes, including the adidas D.Rose 7 and is only a little more than Nike Kobe IX.

A note is that the Nike Kobe AD NXT should still be used only for indoor courts because the edge of the sole is very easy to wear if played on a cement floor.

The lining of the AD NXT is no different from the Kobe XI Elite except for the decoration and nose cuts. The Lunarlon cushion is sturdy and does well at absorbing force, especially in the heel with a thickness of one and a half times normal (compared to Kobe VIII). The large Zoom pad placed under the thick Lunarlon layer doesn’t feel as bouncing as usual, but still ensures the responsiveness you need on the go.

Additionally, the nose section is layered like a Nike Free sole that performed better than expected. Every time you accelerate and put all the gravity on your toes, you can clearly feel the shoe moving with you. Fortunately, Kobe AD NXT has kept this design from the XI Elite.

Compared to Kobe VIII or Kobe IX, the Lunarlon is also much thicker. This means that the Kobe AD NXT will be suitable for more positions and styles, providing certainty, leg resting while still ensuring flexibility.

Another plus point of Kobe AD NXT compared to Kobe XI Elite. The Flyknit layer and the cable cover the entire foot and provide a marked increase in strength while also providing wearer comfort. Although there is no carbon fiber on the heel to support the soles of the feet like Kobe VIII, the thick Lunarlon liner is enough to “support” your foot.

The rubber in the midsole also hugs up higher than the Kobe XI Elite to help keep you steady during fast-moving shots. Although it is not really a “bronze pot of stone”, it is still much better than Lebron Soldier X or Melo M12. Finally, the heel block and sole edge on both heels and nose fulfill the task of helping you avoid flipping your feet.

The Nike Kobe AD NXT is a must-own shoe in the Nike Kobe line-up for its high performance and stylish look. The upper material with the new wiring system performed extremely well beyond expectations. However, you should feel the heat from the Flyknit layer blocking most of the vents. Overall, a low-necked shoe suitable for every position and a great addition to your Kobe shoe collection. AD NXT fit the right size, but you can buy up to half the size to avoid suffocating.

Cons
● Heat
● The cord is a bit long, causing obstacles when walking