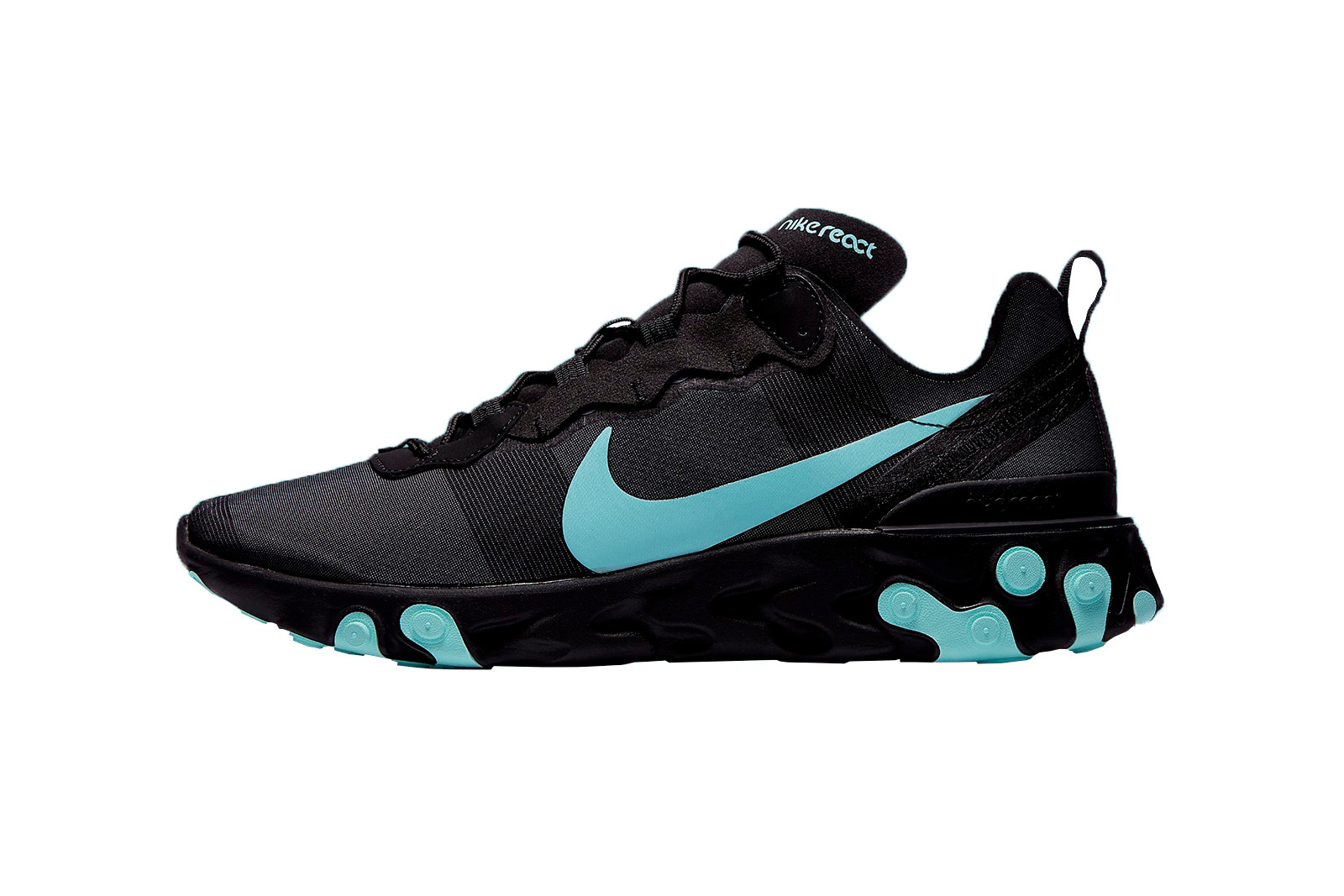 After appearing in two color schemes, “Volt” and “Solar Red”, Nike continues to show its preference for the React Element 55 version with two new color schemes. The common point of these two versions, is the black upper part, along with the contrasting details in the padding, the Swoosh mark.

In the two versions, there will be a version equipped with a black sole, contrasting with details with the “Jade” color scheme above the cushion and Swoosh accents. In the other version, the cushion will be white in color, the Swoosh mark will also have a similar color scheme.

Currently, both Nike React Element 55 versions have no official release information. But with the price tag of $ 150 USD, these are definitely the best choices for your shoe locker.