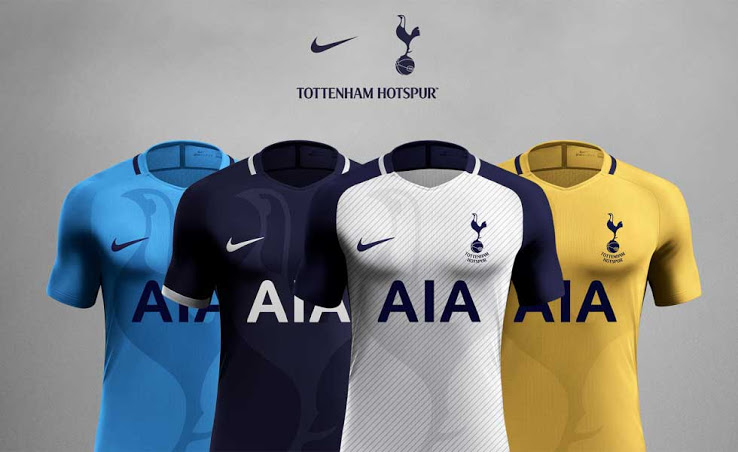 To welcome the recent hot event with Nike on the verge of becoming the official sports sponsor of the emerging Premier League club – Tottenham Hotspur, the designer specializing in shirt concepts. rock Rupertgraphic Recently released the drafts of the Spurs jersey for the 2017-2018 season next year.

Inspired by Nike’s recent jersey designs and Spurs image, the home kit remains Tottenham’s traditional White / Black Blue tone. The front of the shirt is a sinking image of the rooster – as well as the club logo.

The three away jerseys still retain the image of the rooster but have removed the diagonal stripes on the shirt, with Navy, Sky Blue and Golden color schemes.

All the images above are only preliminary sketches, not official Tottenham jerseys for the upcoming season. What do you think about these designs? Let Eachshoes know by commenting below this article.

See more:  Be enthralled with the Vans original line inspired by the first Vans factory