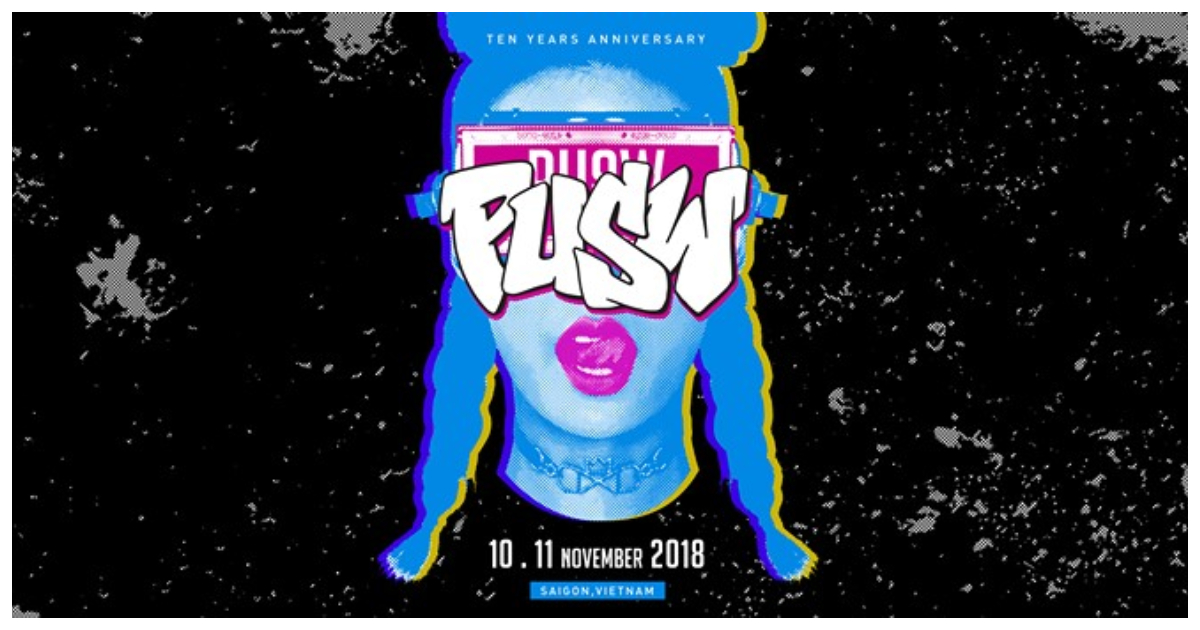 Hip-Hop has long been an integral part of street culture. Not only an art form, Hip-Hop is also a culture made up of many fields such as DJ, Breakin ‘, MC / Rap, Graffiti, fashion,…. Hip-Hop, from the Breakin ‘dance, which now has many more Hip-Hop dances. Hip-Hop Dance has become an indispensable part of both Hip-Hop culture and the street in general.

With diverse styles and many different dance genres such as Breaking, Popping and Locking, … Hip-Hop Dance and the history of Hip-Hop development for 45 years have been easily received by the public from everywhere, from the public. street sidewalks to studios, TV sets and major stages in every country.

Vietnam is no exception when Hip-Hop in general and Hip-Hop Dance in particular, with a history of nearly 30 years of development, have also found a place in people’s hearts. However, not everyone has the opportunity to really learn about this culture, there are many young people, even those who are in this culture are quite vague about the history as well as the process of broadcasting. development of Hip-Hop Dance in Vietnam, so the PUSW brand brings the event PUSW Urban Talk this November 10th is to provide knowledge and directions for this culture.

In addition to the stories about Hip-Hop Dance, the show will be divided into four main timeframes, and each timeframe will focus on stories around the four areas of Hip-Hop Dance, MC / Rap & RnB Music, Graffiti & Street Art, Street Fashion – four fields representing four aspects that are creating and developing the current artistic culture in Vietnam.

First, coming to the Hip-Hop Dance theme, we will be familiar with four names that PUSW calls Kulture Kreatorz (#KKVN). They are the people representing many generations, many genres in Hip-Hop dance but all have the same purpose, one way of life and their ideal is to make Hip-Hop Vietnam increasingly develop. This story will be a general story about the development history of Hip-Hop Dance in Vietnam and the milestones that make up the historical mark of Hip-Hop Vietnam. In addition, their experiences in dance related fields such as leadership, tournament organization, and hip-hop commercialization will also be shared at the PUSW-Urban Talk. So who are they? Let’s take a look together!

He is the current Freestyle Team Leader – One of the South Hip-Hop pioneers.

He started practicing dancing around 1997-1998, at that time he practiced the dance of Michael Jackson and Rap dance (new jack swing) which was prevailing in Vietnam.

In 2001, he moved to Saigon to study in grade 12 and university, where he started to meet the brothers who share the same hobby of Hip-Hop dance and together, he grouped Freestyle in 2003 – One of the Hip-Hop dance groups. first in Saigon and the South at that time.

With his efforts to connect with Freestyle and the Hip-Hop community in the South, he became a gentle, gentle but full of love village elder with Hip-Hop.

Currently, his main job is choreographing and teaching dance for the preschool generation to support Hip-Hop Vietnam development.

With leadership experience and work with a wide variety of artists, events and television programs. He will be present in PUSW-URBAN TALK to share the difficulties and experiences to live with Hip-Hop dance.

Born as a warm boy in Ha Thanh, studying abroad in the UK majoring in business, but unexpectedly in 2008 he returned to Vietnam and built the Ha Le brand as well as brought the explosion of Urban Choreography in Vietnam. Forming the Sacred Dance group, a dance group that has a huge influence on the Urban Choreography dance scene now. It can be said that Ha Le brought Hip-Hop Viet a new wind along with clearer directions of commercializing the dance entertainment for the brothers pursuing Hip-Hop at that time.

His name is mentioned more and more day by day, as a choreographer, an organizer of the famous dance tournaments. Including the cult tournament RING MASTERZ, a tournament with many foreign elements along with great prizes.

In addition to contributing to the community, with a penchant for entertaining arts, Ha Le has participated in many fields related to dance and entertainment such as acting as a film actor, mentor, choreographer for chapters. Big TV shows such as Vu Dieu Dam Me movie, TV show So You Think You Can Dance, …

In this PUSW-URBAN TALK event, he will join us in looking back at the development of dancing in a commercial and entertainment aspect while still retaining the Quality of the street, by himself.

Dancer CLOWN is the leader of DESTINY, he is considered as one of the pioneers in developing the booming Hip-Hop dance genre in Saigon from the late 2000s up to now.

With the ideal of always transforming himself as a student, he cannot end up learning. He always devotes his time to research and research to cultivate the roots and roots of Hip-Hop dance and share it with the community.

He rarely played, but one of the tournaments he participated and brought glory to Vietnam was when he and Sedechu won the JUSTE DEBOUT tournament in Singapore in 2012 and represented Vietnam as well as other countries in the region. to take part in the TOP 16 most powerful teams in the World Finals held in FRANCE.

He is also the person who created many quality tournaments in Saigon to create momentum for Hip-Hop Vietnam, including the famous Urban Jam award.

Certainly, with the things he has accumulated from years of studying and studying abroad from OG in Hip-Hop village, he will bring a lot of useful knowledge in this PUSW-URBAN TALK event. .

B-Boy Slowz is a young generation B-Boy of B-Boy Vietnam. With passion and continuous learning and practice, B-Boy Slowz has achieved results that many BBoys dream of. He has been representing Vietnam in the Red Bull Bc One Asia Tournament, BOTY ASIA Champion, R16 Champion, … Representing Floor Gangz, one of the world’s famous dance groups.

The path he chose is the one to go to the international arena to prove himself as well as mark Hip-Hop Vietnam on the World Map.

Starting career since 2006 and sticking until now. Perhaps the Hip-Hop flame in him will never go out. He is not only a success builder for himself, but he has been inspiring a lot for the young generation BBoy, BGirl today.

At the PUSW – URBAN TALK event, he will talk with us about his transcontinental journeys with the ups and downs of a BBoy, of a person who loves Hip-Hop more than love himself.

Along with the host of the Urban Talk program will be Viet Max, who has lived and devoted himself to Hip-Hop art and Vietnamese streets for more than 26 years. His questions and discussions with the artists will definitely bring many interesting things that you cannot miss.

So have you started this festival yet? Please stay tuned EACHSHOES and PUSW to update more information of the artists participating in the program! Don’t forget to sign up for the event at here.

Source: PUSW Urban Talk – Where did Hip Hop Dance Vietnam develop from and to where?
– Eachshoes.com