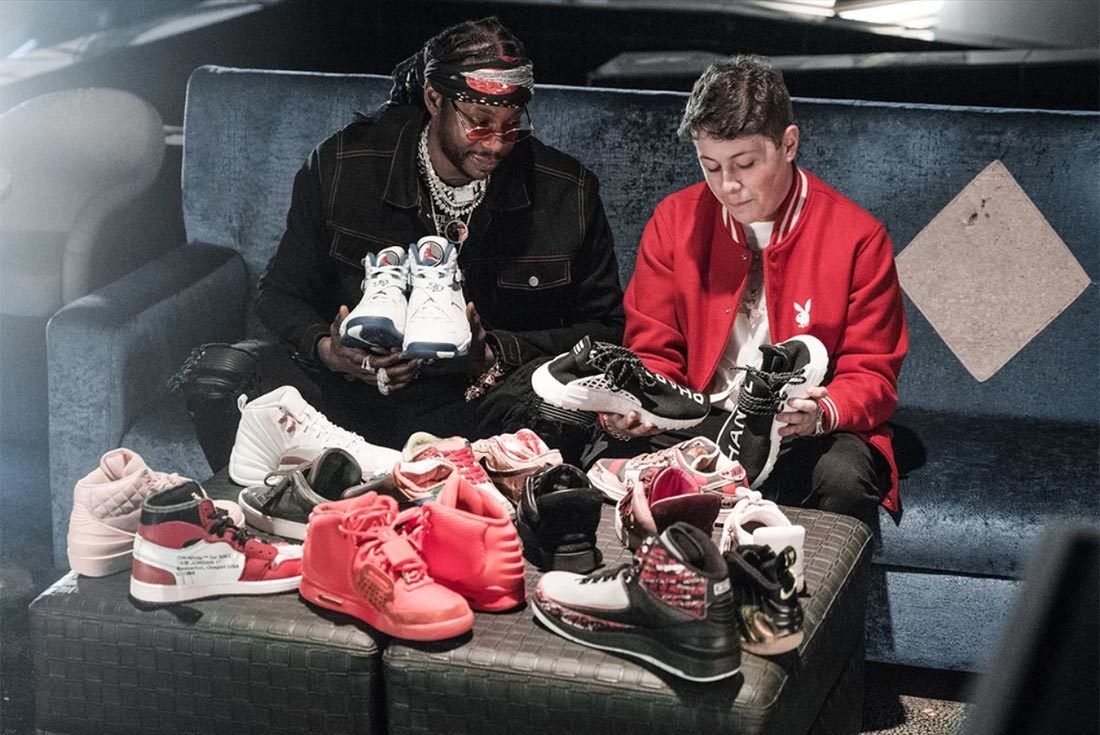 Whether you are interested in long-time sneakers or have just entered the game, you have certainly heard the name “young and talented” once. Benjamin Kickz.

The famous American boy in the community is a well-made sneaker reseller and has close relationships with many rappers, shoe-loving singers known in the American entertainment world. At the end of December 2017, Benjamin also posted two photos of a pair of Mercedes G-Class with custom bodywork similar to the upper of the adidas Yeezy BOOST 350 V2 “Semi Frozen Yellow” and Off-white x Air Jordan 1.

Most recently, Benjamin Kickz appeared on rapper 2 Chainz’s Most Expensivest show. The theme is, of course, around sneakers. In addition, this boy also shared the story of why he chose the shoe reseller path to achieve the success he is now.

In this video, Benjamin also teases some of the most exclusive, rare and expensive sneakers on the market today owned by him. Some notable names are ‘Chanel’ Pharrel Hu NMDs, ‘Freddy Krueger’ Nike SB Dunk Lows and ‘Shattered Backboard’ Air Jordan 1s.

Source: Reseller superstar Benjamin Kickz shows off the most expensive sneakers in the collection
– Eachshoes.com