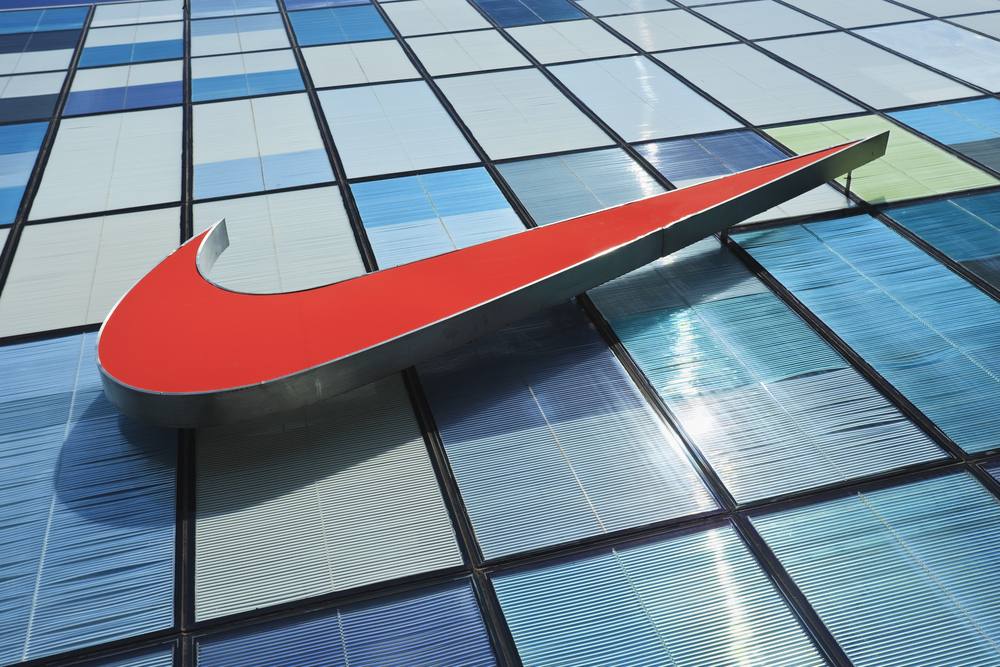 Let’s find out: Things you should know about the swoosh mark on the Nike logo

One of trademark World’s top sports fashion, what makes Nike’s position? Not just design, quality or image ambassador, one of the factors that make the brand remembered is the logo. Have you ever wondered about the origin and history of this cult Swoosh? Or what do the different types of logos mean? Let EACHSHOES discover interesting facts about this Swoosh sign icon!

Who is the designer behind the multi-billion dollar Nike logo?

Nike was founded in 1964 by Bill Bowerman and Phil Knight. At that time, the brand was known as Blue Ribbon Sports. Until 1971, the new Nike name was officially born. The name Nike is named after the Greek god of victory. After winning the game they often say “Nike!” as a compliment.

At the time of this name change was also the year the Nike logo was born. After shaping his development vision and path, Phil Knight wanted to find a designer creative enough to satisfy two main requirements for a logo. It is simple and easy to identify. He had the opportunity to meet Carolyn Davidson at a Portland college. In that accident, Carolyn accepted the job offer of Phil with a salary of $ 2 / hour. It took her about 20 hours to come up with ideas and design the logo for Phil.

Finally, she came up with a horizontal and upward comma design that gives a feeling of efficiency, dynamism and easy to remember. The design of the logo is said to be inspired by the wings of the winning god Nike. But Phil refused, Carolyn kept thinking and released many other logo designs and none of the designs satisfied Phil. As launch time approached, Phil decided to use a “comma” design for the first Nike logo.

When the Nike logo takes shape and is named

The logo first appeared on Nike soccer shoes in 1971. It was also the first Nike soccer shoe to have the logo on the design. The shoes are priced at $ 16.95 and not very resistant to cold and wet weather. Therefore, the product was quickly defeated in the market. This was when Nike realized and began to focus on running shoes, tennis and basketball.

As is known, Nike is the name of the Greek god of victory. Therefore, the Nike logo also bears the name extremely related to this god. This god’s wings are called “swoosh”. The meaning of the wings is to bring motivation and recklessness to the Greek warriors when stepping on the battlefield. Although this is not official information from Nike, many experts have confirmed that the name “Swoosh” originated like that. In English, “swoosh” is the sound made when something moves at a fast speed. The combination of image and sound makes the logo more thoughtful and makes the logo more recognizable to the public. In short, the Nike logo represents movement under fast speed.

At the beginning, the Swoosh mark did not have a specific color, but changed a lot. But for quite a while, Nike used only red and white for the logo. At that time, the brand wanted to focus on passion, energy, and joy, so red really matched. As for the white color, the brand wants to show the purity, elegance and seduction that no one can resist. Over time, the brand gradually changes color to become more modern and trendy. Today, the brand usually uses three main colors: white, black and orange.

Contrary to the change in color, the font of the logo is quite consistent and consistent. The brand name was written in the middle of the logo with the font Futura bold until 1995. This font is said to be quite popular in the last century and is preferred by many designers. The reason for choosing this font may be because of the meaning and feeling it gives the viewer. That is progress and proficiency.

1995 was the second most memorable milestone when the logo was officially copyrighted. At this specified time, the Nike logo is displayed with only the Swoosh mark and no brand name. That is the same Nike logo in use today. You will sometimes see a Swoosh with Nike on it on certain lines of training shoes. In addition, with the special BST, above the Swoosh mark will also appear many other symbols and colors.

Not classified into many different types of logo with different purposes like adidas, Nike logo always uses swoosh as the main sign. If you see the appearance of other details such as golf clubs, balls … the brand just wants users to know more about the product, not the official logo.

One of the logo designs you will be able to come across is the Swoosh pinwheel icon. This is a design created by Jeff Johnson by combining swoosh marks into circles to create something new.

If you see a swoosh with a plus sign, it’s called Nike Plus. This is a logo to show the applications and technologies that Nike develops and accompanies.

In 1983, Nike gave Carolyn Davidson a surprise party. At this party, Carolyn received a gold ring with a swoosh-shaped diamond studded with diamonds. Not only that, Nike also gives her a few% of the company’s stock. According to some sources, the number of shares was not disclosed. But many rumors say that the number of shares that up to 500 shares. And the current value of those shares is already half a million dollars. What a decent salary for a part-time job, right?

Information and images from many sources