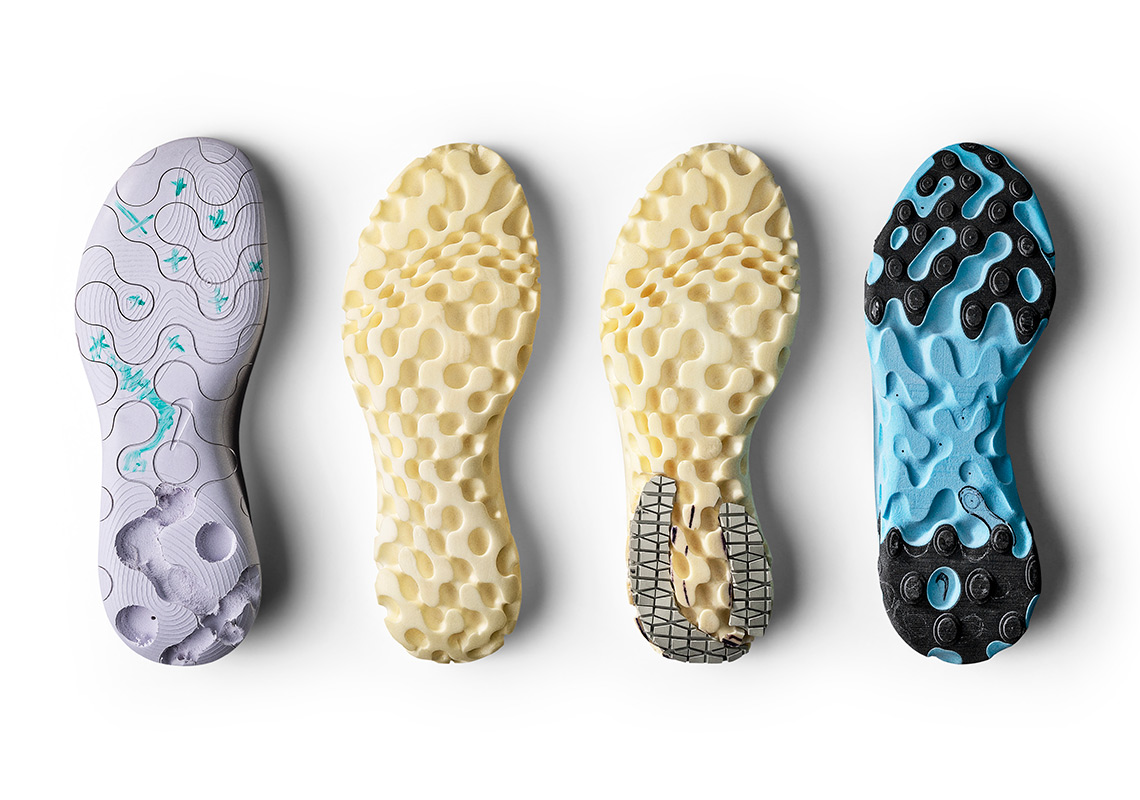 Right after the Air Jordan 12 “Michigan” has just aired yesterday. No one thought Nike React Element 87 will make the story. When the middle version Nike and Virgil Abloh stormed the sneakers community for a long time. This cult combination makes both the press and the fans spend a lot of paper and ink. However, the cherished ace Nike still has a position in front of that massive wave. Hoping to beat the magnetic boost soles adidas, Nike React Element 87 promises to be a breakthrough in the line of this brand’s running shoes.

React Element 87 made a splash when it first appeared on Paris Fashion Week. At that time, Nike React Element 87 has received many admiration from people in the world. Version cooperated with UNDERCOVER attract others at first sight. People who love streetstyles, no one does not know this brand. A series of collaborative versions when there is a magical hand Jun Takahashi –UNDERCOVER always out-stock very fast.

Version cooperated with UNDERCOVER Up to 5 different color schemes. But EACHSHOES the most impressive with the red and white soles versions. They look quite outstanding when combined with other outfits. The highlight of this collection with Japanese designers is not limited to color. But also the imprint of UNDERCOVER is on the same side of Swoosh’s mark Nike. What makes collab products more valuable and expensive.

However, if not cop a pair in the collection with UNDERCOVER. Do not be too sad. Because in this June, Nike will launch four more distinct color schemes. And for sure this version will be much cheaper than the collab above. Most notably in the upcoming release is the white color scheme quite similar to the version React Element 87 x UNDERCOVER.

See more:  Nike Air Presto Flyknit Ultra - A combination of "Past" and "Future"

At a glance, it is hard to distinguish a normal from a collab UNDERCOVER. Except for the words on the side of the collab. If not enough money to buy the copy UNDERCOVER, then this is the choice you should consider.

What makes Nike React Element 87 So hot is the special React Foam buffer. Buffer part EACHSHOES usually seen above Epic React now re-fitted for this product. However, they look a bit more rugged with unique textures below. And each version has different constructs. They look quite charming, don’t they?