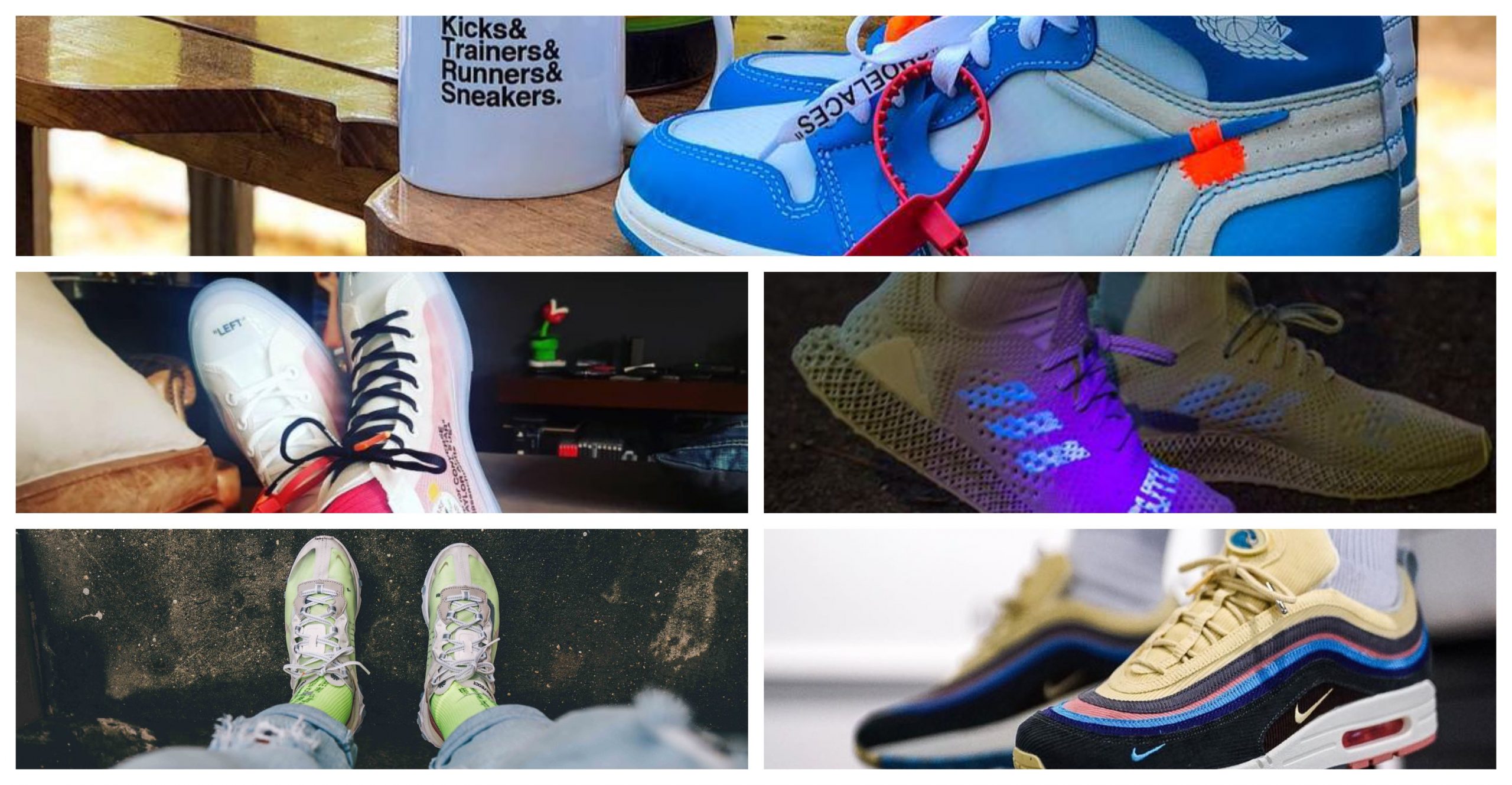 2017 was a great year for the sneakers of the world. We have seen outstanding collabs from famous designers like Virgil Abloh, Tom Sachs or Ronnie Fieg. Last year’s winner was Virgil Abloh with the Nike Air Jordan 1 x Off White “Chicago” pair. Following the development of last year, this year we have to add the “headache” part when we have to choose the best shoes. Let’s take a look at EACHSHOES’s 5 “possible” shoes that are the best shoes of the year.

The shoe was released earlier this year and quickly became an integral part of the hypebeast. Sean Wotherspoon Air Max not only expresses Sean’s joyful and joyful personality, but it is also the creation of his best friends. With all in-sole made of velvet, the shoes will feel the smoothest all day long. More specifically, the upper is made entirely of corduroy. Therefore, over time of use, the threads will come out and look “dusty”.

Through the new year, Virgil continued to bring back a legendary colorway of Michael Jordan. Last year was the colorway associated with Michael’s NBA career. Red Chicago, where he has been at the top of the basketball world six times. And this time, the color “UNC” represents Michael’s college, University of North Carolina. The place Michael also dominated during his time studying. Will this year “brother” shine like last year’s “brother”?

See more:  Off-White x Nike Air Max 90 "Desert Ore" will be the first product of the "The Ten" collection to be released this year.

According to adidas, the 4D insole will officially replace the boost soles starting next year. The goal of this year’s 4D to be released is to create a certain level of hype. Daniel Futurecraft 4D pair is called by sneakerhead world as the most beautiful 4D ever. That is not wrong. With its extremely “bouncy” sole and prime knit as a second leather, futurecraft 4D is truly the shoe of the future. Moreover, the Daniel couple will have a majestic box. Included with the shoes are a glove and a pair of socks of the same color. Will adidas take the throne again and take back the lead from Nike?

This is the latest line of shoes from the company “The Swoosh”. Latest but the hype cannot be denied. The shoes were sold out in a dizzying time. The resell price is almost double or tripled. Why is it called Element 87? According to Nike, Element 87 is a chemical called Francium, ranked 87th in the chemical table and is also the most easily “explosive” substance. The upper is made of an extremely light and transparent material. The React Foam sole will be used on the shoes. React Foam is known to be the quietest sole of Nike to date. If you have not seen the review of EACHSHOES, please click here. Will this “new guy” make a surprise?

Continuing with The Ten collection, Virgil has released an extremely new version of Converse. EACHSHOES was lucky to own this masterpiece. Have a look at the review section. Unlike previous canvas Converse, the upper part of the Off White is made of the same penetrating material as the Nike React Element 87. It may be hand printed, but when on feet this shoe is a great one. Products. Although the shoes are not very pleasant, but if you want to be beautiful, you must suffer, right?

In your opinion, which pair is “best”? Do you have your own sneaker of the year? Comment below to let EACHSHOES know !!!