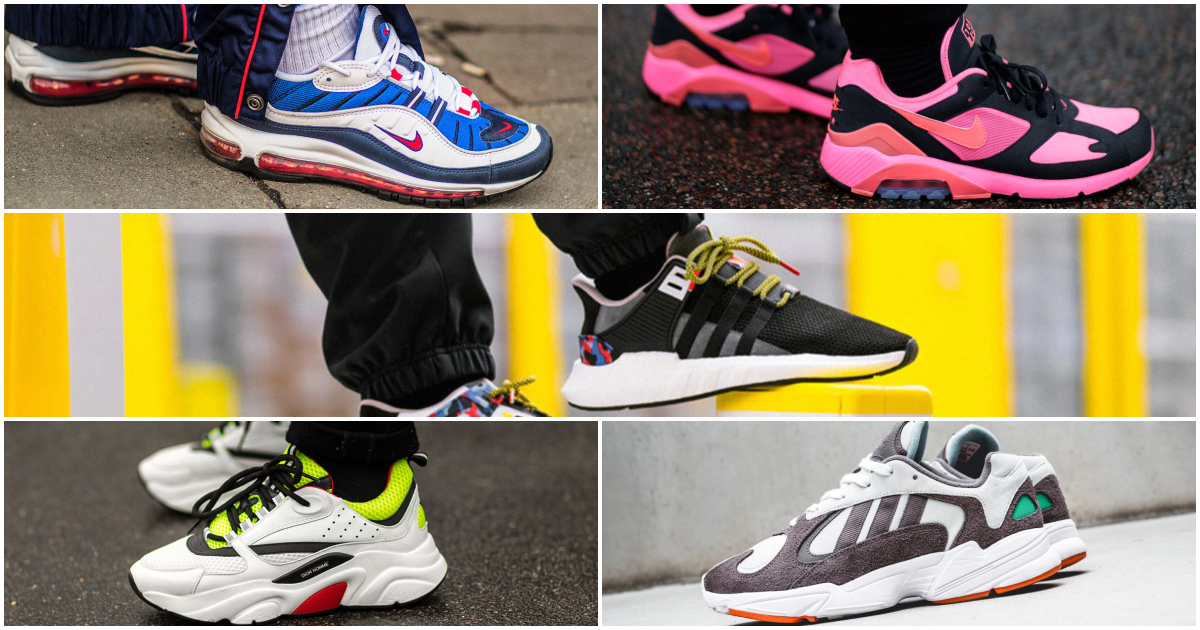 2018 is less than two months away. And this is also a good time for us to get together and figure out these 2018 sneakers, although there are still plenty of super products that are preparing to release in the remaining days. While EACHSHOES continues to update this list for everyone, let’s take a look at the versions below. And don’t forget to tell us which shoes are your favorite this year!

There are collaborations that don’t last for more than one season, but the relationship between COMME des GARÇONS and Nike goes back decades, and any time the two brands come together, everyone has to take notice. First appearing on the SS18 runway floor at Paris Fashion Week, the Air Max 180 was released in three color schemes, with pink used as the foundation on each color scheme. Editions are available exclusively at Dover Street Market, followed by select retailers. Even for non-pink sneakerheads, this version is a reason to reconsider.

After the ambiguous appearance of the Air Max 98 (the forgotten brother of Air Max 97) in a collab with Supreme in 2016, new color schemes of this version began to appear in early 2018. The “Gundam” color scheme is inspired by the RX -78-2 armor of the popular Gundam sci-fi series, with blue and white upper, with red details and Air cushioning in the same color. – a unique color for 90s sneakers.

This original version was once mistaken as a new YEEZY design. According to adidas, the adidas Originals Yung 1 is the rework version of the classic adidas Falkendorf sneaker, with the name taken from a German village – where adidas designers usually pass by in the morning.

2018 is an important year for Yung 1. This version was first released in June with impressive color schemes, and then continued to appear in collaborations with Sneakersnstuff, END., Size ? and Solebox (pictured above), plus a color scheme inspired by the character Frieza of the Dragon Ball Z series. It can be said that the adidas Yung 1 is one of the most beautiful and impressive versions of adidas in years when this version bears the breath of the 90’s, with its impressive retro details.

German shipping company Berliner Verkehrsbetriebe (BVG) has partnered with adidas on a special edition EQT 93/17. Decorated with a camouflage pattern inspired by the Flecktarn pattern that appeared throughout the Berlin U-Bahn network, this EQT version features a reed with the impressive Jahreskarte train ticket. While the retail price of this sneakers is around $ 215 USD, the cost of the annual ticket in Berlin is much higher, at around $ 950 USD. Launched at Berlin retailer Overkill, the version drew a lot of attention from the media at the time.

Since the chunky sneaker trend has begun to heat up, a number of luxury brands have considered launching their own sneakers, including Gucci, Louis Vuitton, and others. Created by Kris Van Assche of Dior Homme, the B22 version is perhaps the best example of a chunky trend in creating a harmonious combination of sporty aesthetics and oversized design. The lanyards, the arranged, arranged color blocks and the Dior Homme logo make for the perfect shoe of 2018 chunky game.