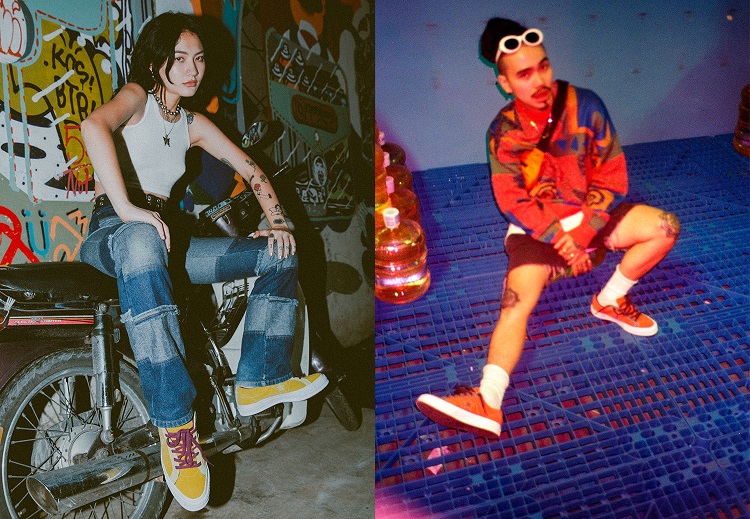 Recently, two names Masta B and Naomi It is no stranger to the very “direct” roles in the recently released movie. Thorny, eccentric, or villainous, shows that these two people have been somewhat influenced by the One Star charisma and accidentally brought it into the movie and inserted the character in a very smooth and natural way, but only recently. movie frame.

Coming out of the village of Hip-hop in these booming years, Masta B embraced that heat and became the VJ for the top youth music program of that period. And now he has become the MC / HYPE called regularly at the Saigon Night Clubs – Masta B Huy Hoang.

Or the model who always likes to show off her villainy fashion and become a pretty famous name and specializes in lookbook break-rule styles, the personality of local brands – Naomiroestel.

Are they thorny, wacky and “One-Star”?

Looking from a certain angle, these adjectives seem not very favorable because somewhere we still want to be “normal” like everyone else. But now this concept seems to be outdated, when what young people want gradually is upstream, updating, progressing and, importantly, wholeheartedly with passion, but few people dare to express. Naomi and Masta B represent these very upstream and bold “One-Star” attitudes. To be more precise, they inspire young people the way they have been exercising their passion.

It’s correct! Naomi and Masta B are often called “One-Star” people, are people of the “abnormal” school and can be seen as an eye for doing strange things. But in fact, they are the ones who can positively show off because of what they like, even if it is different from others and is called “One-Star”, to them it’s still important that we like it, we can do it, as long as it is. still ethical and true to his passion.

Naomi and her passion for music play

“I love to sing! But now any way, I will still try to do what I want, even if no one joins me, I can still sing by myself ” – Naomi shares. Although the charisma and the outside are judged “One-Star” or called the negative way of assessment, the more Naomi likes to bring that “One-Star” with her and dare to “bring it in bold” style. this over.

Or for B – who is willing to think what to say, say, do and do and do not mind difficulties when in the early days of working as a profession, few people know him, now he has begun to assert himself better with the MC path. in the world, a person who creates heat and a person who always cherishes the opportunities he has : “I do whatever I want and I always try my best to burn with my” religion “. – B thinks so.

It can be seen, Masta B, whatever B does, must play the most and full of passion. Or for Naomi, the girl does not like “white skin – red lips” but only likes earrings, tattoos or extreme out-fit, and she always pursues to make what she likes. Both of them are not shy, but on the contrary, they prefer to call them “One-Star” because it is them. They are proud and willing to bring and show the side and aura of “One-Star” from daily life to cinema.

More successfully, now Naomiroestel and Masta B have become representatives of Converse One Star line in Converse Vietnam’s #RatedOneStar international campaign and this will be a “1-star” playground but full of potential and quality for them. Beyond the domestic limit is nothing short of a “5-star” rank.

Masta B with One Star Carnival Pack

Naomi with One Star Carnival Pack

Converse #RatedOneStar is the One Star campaign that includes “localized” activity with Rate The City and Shooting, the campaign that represents the statement living its color and personality. The campaign mainly encourages young people to live up to what they think and do what they like positively and in color even though it’s “Rated One Star”.

Source: Study together with Masta B and Naomi to affirm the One Star charisma