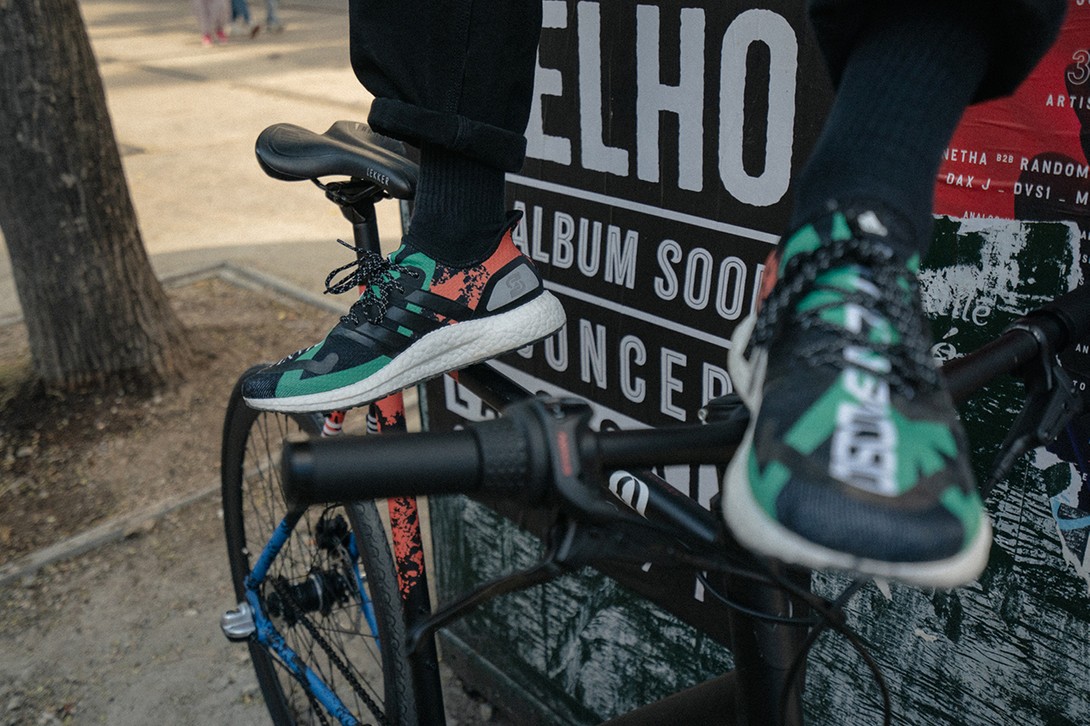 As the final months of the year are coming, let’s take a look at how adidas launched their unique and outstanding adidas shoes last year with EACHSHOES!

With this product, adidas has realized its sustainable fashion message. Specifically, this new design is entirely made of a flexible plastic called TPU that can be melted and utilized for reproduction. In addition, the German sports brand also plans to use environmentally friendly materials by 2024.

First launched in 1979 and officially back earlier this year, this 2019 edition is a fusion of classic and modern styles. The classic features shown in the upper are made of leather, combined with mesh mesh, and the toe box is using the knit mesh technology combined with suede. At the same time, the lightweight nylon design with three side stripes has brought a fresh, modern look to the shoe.

The YEEZY BOOST 700 V2 is one of the most successful sneakers of the Yeezy line because of its unique color scheme. The upper part of “Geode” possesses high quality suede, highlighting three reflective stripes on the sides of the shoe body, combined with BOOST cushion and gum sole to create uniformity for the whole product.

In early March 2019, adidas brought back the Yeezy BOOST 700 with a new color called “Inertia.” Compared with its predecessor, the new version possesses a more elegant, softer design with a blue color scheme combined with subtle cold gray.

In addition, the upper is made from mesh, suede and synthetic leather. The “pit” part midsole possesses strong cuts. And to create a contrasting accent, adidas added orange detail on the sole.

In early April 2019, the familiar 90s runner shoes – ZX 4000 – returned with a more masculine look and were stronger than before with 4D insole technology. The sneaker is made up of different materials such as suede and stretch mesh, and overlapping overlays are impressive zigzag stitching along the fabric.

At the same time, adidas has brought the familiar 4D “ash green” sole in Futurecraft models to create the finishing touch for the shoe. So, for fans of 4D technology from adidas, you should definitely not miss the ZX4000 4D.

The famous Y-3 Runner version has always built a place for itself, as well as flourished during the past 10 years. With this latest comeback, at the end of April this year, Fusang designer Yohji Yamamoto has brought in a new mix in gray and white.

This stunning sneaker features a sock-line design that hugs the wearer’s foot, and uses premium Primeknit material, incorporating a large lacing system. In addition, the highlight of the shoe is also in the popular Futurecraft 4D cushion.

Unlike the previous two versions, the seven colors are not clear and there are only special insoles. The Ozweego pair are impressed with the entire midsole section which is brilliantly colored following the flag of this community. From the hot color in the toe to the cold color in the heel, they are very well matched with the color details on the uppers. If you look closely, you will also see that the tubular cord under the lanyard system has similarly changed color.

Each color used on shoe soles represents each of the “key factors in creativity” of students in Atlanta. Social Status x adidas POD-S3.1 comes in two distinct color schemes. One is black, the other is white. Both though there are changes on the uppers, especially the Three Stripes logo on the side has been combed with other tonal colors. But the main focus is still on colorful soles.

Prominent on the upper background is a metallic gold pin, and also the logo of Fucking Awesome, placed in the center of the shoe body. In addition, there is a traditional lacing system with the same color scheme, along with excellent leather quality, which is much better than previous regular versions.

This version will have a very unique and unique name “G-SNK”. In which the upper part is transformed into snake skin details with green and gray colors. Along the shoe’s body will be large adidas inscription extending up to the toe. The side of the shoe still has the adidas three-stripe logo. The divine BOOST sole does not have many changes with the body like the OG versions.

Share design with other versions in the toe-cap and black heel. The sole and shoelaces were also selected for black to create a relative contrast to the shiny silver upper. The shoe’s signature kangaroo leather finish remains intact at the top, still in a glittering silver finish, securing the lacing system with the help of a velcro, as a tribute to the classic Micropacer. for which Futurepacer was inspired. Adidas-specific BOOST technology is integrated into the midsole to perfect the shoe. This is truly a revolutionary shoe. It feels like a shoe from the future. Regardless of whether you love bright colors or quiet colors, this color scheme can definitely make you love the moment you hold it in your hand.

Of course this is just our personal opinion. Since there are so many color schemes but the article can’t be too long, we just picked out the couples we found to be the most unique. How about you? What adidas shoes are the shoes that made you the most impression in the past year? Please comment with us!

Information and images compiled from many sources

Source: The most unique adidas shoes of 2019
– Eachshoes.com