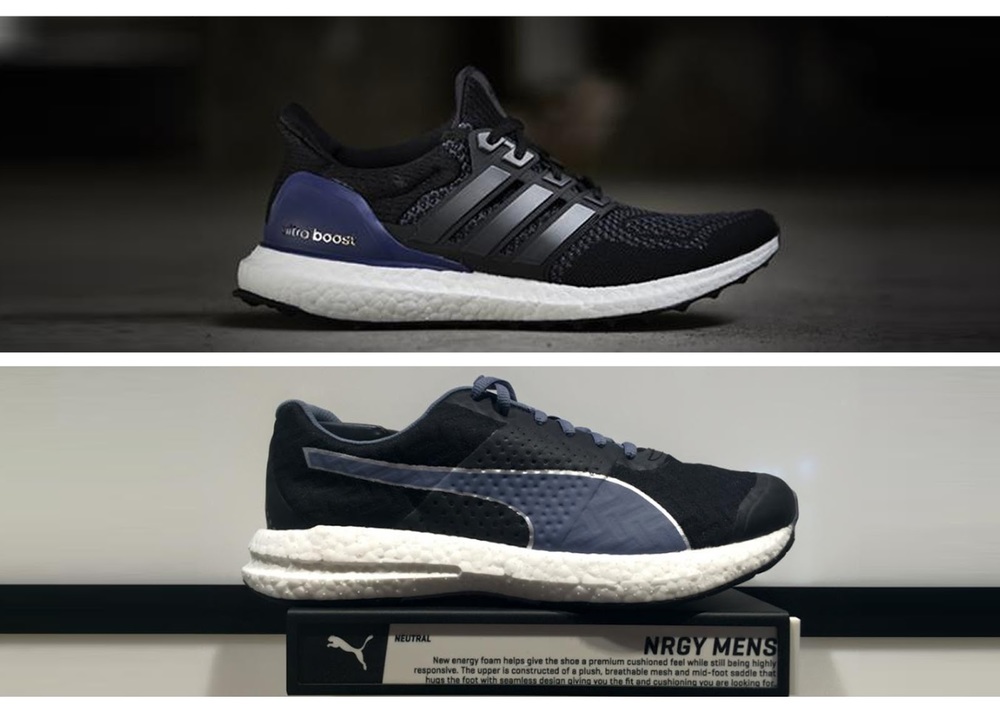 Let’s find out: Boost technology – it’s time Puma to speak up and prepare for war with adidas

Puma and adidas is probably the most interesting story in the history of Sportswear to date. The two rival brands were founded by two siblings and it seems that such discord has created two great rivalries in the sportswear and sneakers market up to now.

Experiencing countless confrontations but perhaps all the rift cannot be erased. Recently, the tech market for sneakers and chemical companies has been tiring again. When Puma is officially threatening adidas about Boost technology.

The origin of the story begins with a triangular relationship between Puma, adidas and chemical manufacturer BASF. BASF is known as a famous chemical and finished product research and production company in Germany. At the time, according to CNBC’s, Journal Street both said that Puma and adidas both ordered chemical company BASF in 2011 to work on a new technology product for running shoe pads. It was not until BASF successfully produced Boost technology and adidas quickly signed an exclusive contract with BASF of great value. adidas skipped Puma’s upper arm and started Boost’s global launch campaign in early 2013. The success of adidas over the past three years has brought adidas a lot of great things.
Somewhere, Puma continued quietly and joined hands with leading US chemical company Huntsman Corp to create a similar technology and named NRGY (short for ENERGY).

adidas sued because Puma’s NRGY rear-end technology was too similar to BOOST, but the lawsuit was dismissed by the FRANKFURT court.

Eachshoes from the beginning when seeing samples of Puma NRGY was a bit surprised and thought it was a fake product, but this has become a reality. adidas is really worried about pricing Boost as the highest priced Premium product right now, while PUMA pricing its NRGY product much lower. The inconsistencies in the same technology but the sky-high price will hurt adidas, which benefits greatly from Boost technology.

In short, the feud over the past 70 years between adidas and Puma will be at its peak, if Puma is determined to compete with adidas through NRGY vs. technology. Boost