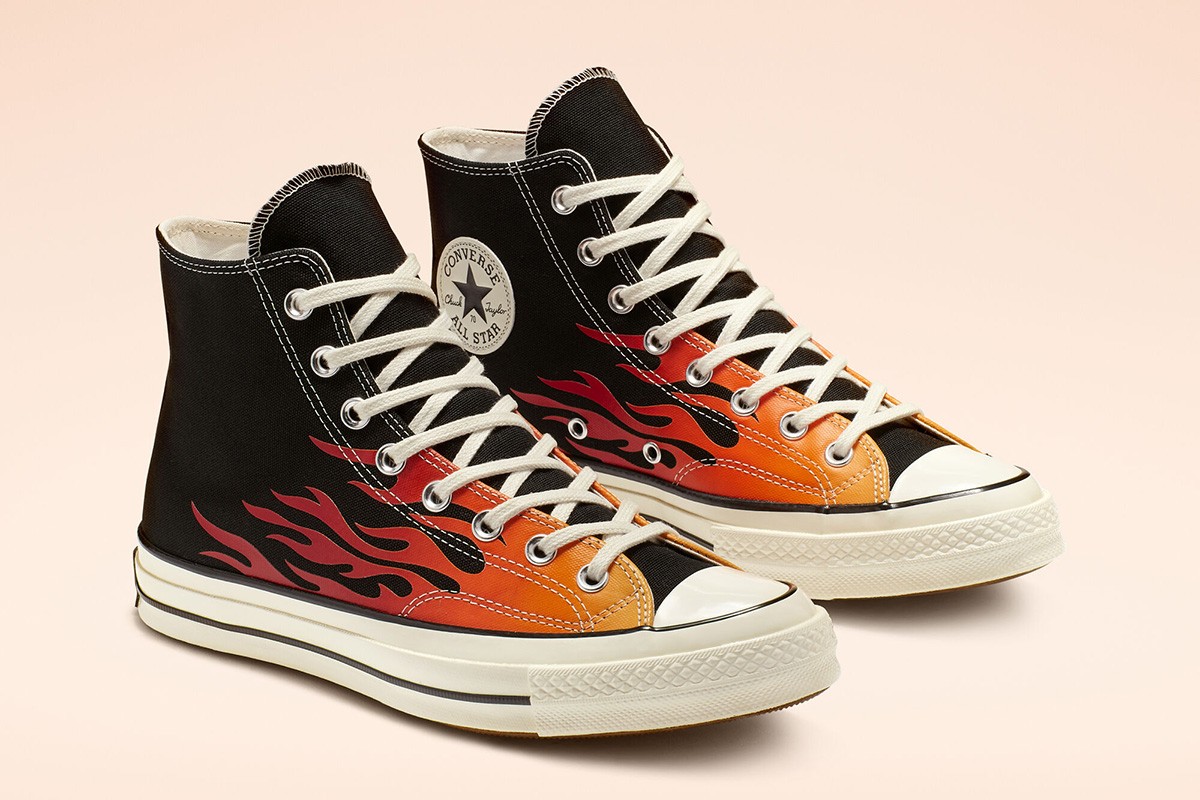 Originally a typical motif of the Vans Old Skool model, but has just been used by Converse on its Chuck 70 model, I wonder who will be prettier?

Still thought the grid pattern of punk rock culture in the 80s and 90s was the featured image on Vans products, but it was completely surprising when Converse recently released an old Chuck 70 design. High also with these powerful images.

As a Converse Chuck 70, the shoes feature all the improvements over the traditional Chuck Taylor All Star, such as a thick canvas upper, meticulous seams, and smooth Ortholite cushioning. , breathable, classic tag right behind the heel. In terms of design, the shoe possesses an overall pure black color, featuring a flame tongue near the toe area that extends to near the middle of the upper. It can be said that this is an extremely valuable addition to Converse fans in particular, and Punk Rock style in general.

The good news for all Converse fans, is that there are three color schemes, including a high-necked black version, a red fire, a low-necked white with a red flame, and a low-necked black with purple flame. Full options for you always. Converse Chuck 70 “Flames” is now officially on the shelves with a very gentle price: $ 80 USD for the low-end version and $ 85 USD for the high-end version, distributed at website official Converse and a select number of retail stores. And now let’s admire the images of the products.

Source: Converse brought the flame blade pattern back on to the Chuck 70 design
– Eachshoes.com