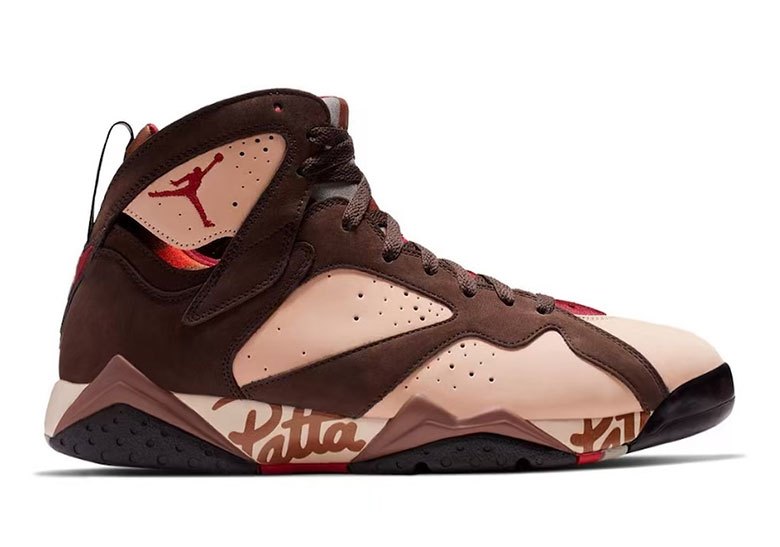 If it is a real sneakerhead then you will not be surprised with sneakers that collaborate with Patta with beauty and rarity. So what will this Air Jordan 7 look like?

As one of the main products of Jordan Brand in the first half of this year, Patta x Air Jordan 7 has recently appeared official images, causing a wave of excitement in the sneakerhead community around the world. Many reviews believe that this will be a blockbuster in the future, especially when adidas and Kanye West are not making much progress with Yeezy.

Patta x Air Jordan 7 owns a quite nostalgic tone, in the style of the 90s when we often see the appearance of tracksuit, shorts and cap. In particular, we no longer see the colorful tones that appeared on the previous Nike Air Max 1 version, instead the classic and luxurious brown. Another impressive point is that the Patta logo is printed on the midsole spontaneously, giving a special and interesting feeling to the wearer.

According to the news, the Patta x Air Jordan 7 will be available in mid-June this year with an unpublished price. The bad news is that it will be distributed exclusively in channels Patta never mind. Therefore, the price of the product will not be low and the number of releases will be quite limited.