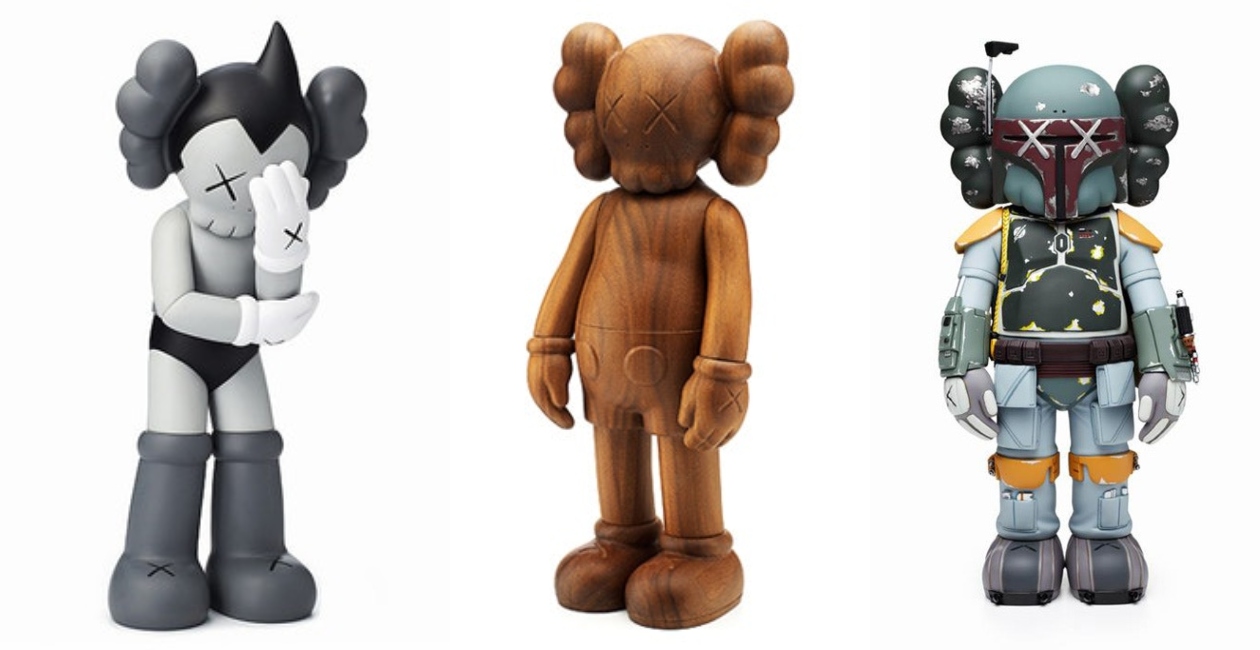 Top 5 Best KAWS versions any “player” would want to own

Let’s find out: Top 5 Best KAWS versions any “player” would want to own

Does anyone think that young people in their 20s – 30s or even over 40s still love collecting toys and figures. It will not be strange when you are a collector, or simply an art lover, with a passion for beauty. If you have fallen in love with Bearbrick, you may also fall in love with the skull character KAWS. However, not everyone feels the beauty of KAWS because his appearance is sometimes a bit “naked”, revealing his internal organs.

No matter what, KAWS is still loved by many people and has become one of the icons of today’s popular culture, besides legendary characters like Mickey Mouse, Snoopy, Spongebob … More than that special collaborations with Bearbrick, BAPE, Comme Des Garcons, Nike, … and also famous international artists, Kanye West is an example. So among the figures released, which characters of KAWS are most wanted by collectors and fans to own. Check out the list below!

Passing Through is produced in limited quantities, only 500 versions per color, including Gray, Brown and Black in 2013. Passing Through is the first original version of KAWS with a full sitting position. looks sad like this. Many speculated that this posture of Passing Through was due to the OriginalFake brand, which closed the same year. The original retail price was only 260 USD, but the current price for this version is close to 5,000 USD per child.

See more:  A collection of 10 versions of the Nike Roshe Run most deserved to own

One of the most detailed and sophisticated versions of KAWS to date, KAWS teamed up with the Star Wars team to launch the Boba Fett Companion version in 2013. The figure depicts the armor worn by Boba Fett. extremely meticulous with red – silver tones, making the overall look quite cool and dusty. Similar to Passing Through, the retail price of this version is only 200 USD, but the resell price on some reputable websites has reached 4,000 USD.

In this version, KAWS reappeared the main character in the trah series of Osamu Tezuka – Astro Boy. Although this version is not on the limited or most expensive list of KAWS, owning one is quite difficult for collectors. Released in 2012, this figure is reasonably priced at around $ 260. Particularly now, you have to spend up to 5,000 USD to own this special version there.

Finally and the most impressive figure on this list, it is a collaboration version between KAWS, Medicom and Karimoku – a company specializing in the production of wooden furniture in Japan. Released in 2011 with extremely limited number, only 100 versions worldwide, each product has a distinctive wood grain made from natural wood. Therefore, it can be said that each version is a unique product depending on its wood grain. Material is rare, it is not surprising that each Karimoku product has a retail price of 3,000 USD. And many sources believe that a version was sold on Sothebys for nearly 30,000 USD.

Considering the playability between Bearbrick or KAWS figuré collectors, it seems impossible to compare fans of any character. Each character has a beauty and its own impressive versions are not the same. If someone is willing to spend a hundred million to get a limited edition Bearbrick, then KAWS fans will pay the same.

Source: Top 5 Best KAWS versions any “player” would want to own – Eachshoes.com