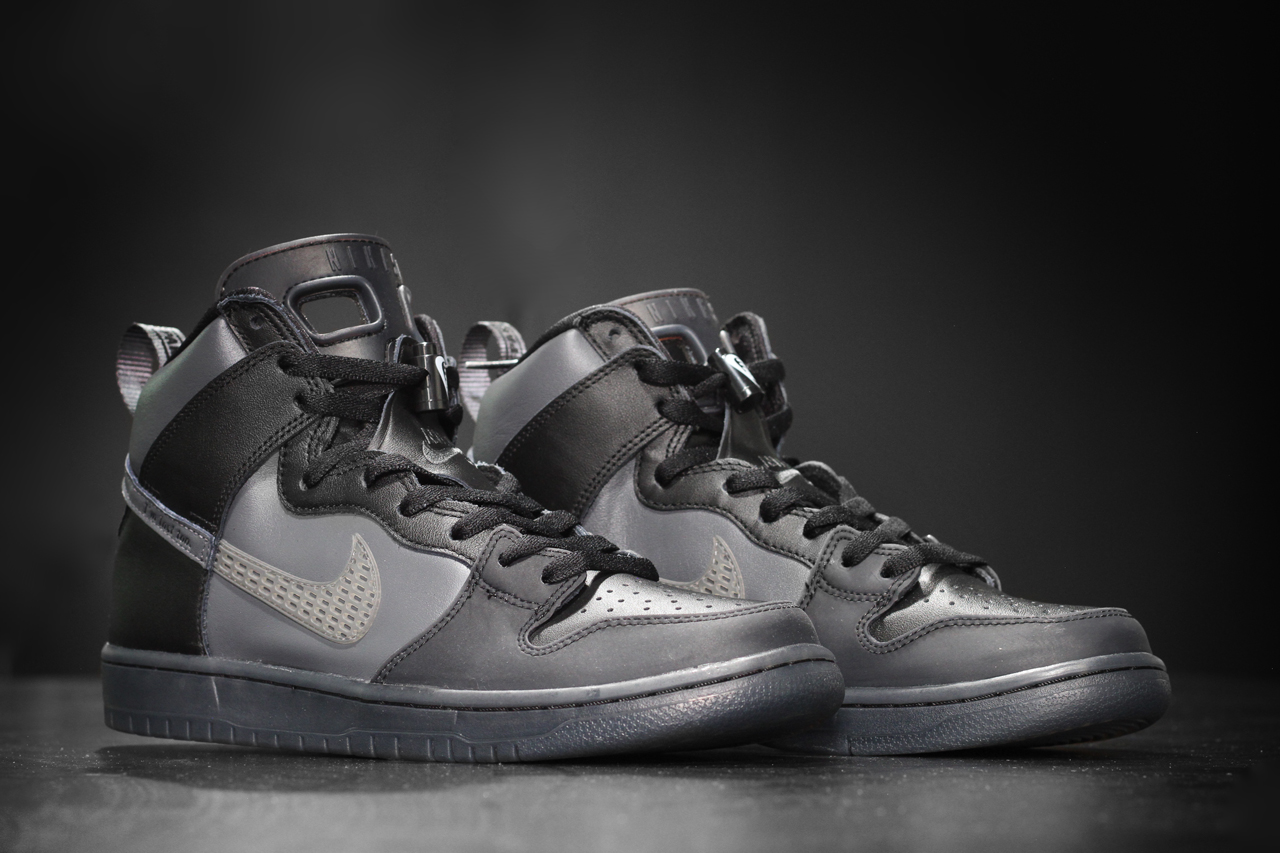 The shoes will be named FORTY PERCENT AGAINST RIGHTS x Nike SB Dunk High, a rather unique colab to be released in the near future. This particular shoe does not depend much on the classic Nike SB Dunk High line but is a mix of both the Nike SB and Air Jordan 5 and the Air Jordan 6. Outstanding color schemes with black and gray leather shades. Each other makes FPAR Dunk possesses a very unique style.

The most prominent feature on the shoe is probably the reed and the collar has details borrowed directly from the Air Jordan 6, namely the cut-out reed. Inspiration of the Air Jordan 5 is clearly reflected on the Swooshes on the sides, both sides have the characteristic plastic mesh texture on the legendary Jordan shoe. Although the design may be familiar, everything depends on many different details to create a shoe right?

All other details other than those mentioned above, which are associated with the Air Jordan line, have been replaced by Nike SB and the FPAR branding. And of course, this shoe’s distinctive isn’t just limited to inspiration from some of Michael Jordan’s most classic lines. FPAR and its founder Tetsu Nishiyama are famous for their rebellious motifs, nihilism that applies to every design. Therefore, we can be completely assured of the uniqueness of this shoe. Behind the reed will be the words “Trust No One” in white, and the words “Don’t Follow Me” engraved on the second half of the leather trim on the Swoosh mark.

FORTY PERCENT AGAINST RIGHTS x Nike SB Dunk High will be available for pre-order in Japan through a pop-up store at ISETAN MENS starting Wednesday 23 October Japan. Announced retail price will be at $ 125 USD.

Source: We’ve just got an SB Dunk High version inspired by the Air Jordan 5 and 6
– Eachshoes.com